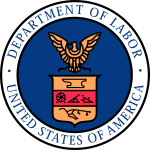 GRAND RAPIDS, MICHIGAN — Jeffrey D. Velfling, the former Union Steward for Local #307 of the National Postal Mail Handlers Union, and John L. Crosby, the former deputy Union Steward, were sentenced last month for their role in stealing approximately $14,500 in overtime payments which should have been given to their co-workers at the Traverse City Mail Facility. Theft of union funds by union officers is a federal felony offense. Each defendant was sentenced to two years of probation, a $1,000 fine, full restitution and a Special Assessment penalty of $100. END_OF_DOCUMENT_TOKEN_TO_BE_REPLACED

With the completion of the 2016 NPMHU National Convention, the National Office and representatives of the U.S. Postal Service have returned to the bargaining table to reach closure on the issues that remain open before an overall settlement can be announced on the terms of the 2016 National Agreement. END_OF_DOCUMENT_TOKEN_TO_BE_REPLACED

Negotiations between the NPMHU and the Postal Service over the terms of their 2016 National Agreement have been revived, with the parties meeting in Washington, DC to resolve their remaining disputes.

One of the primary reasons for extending the NPMHU-USPS negotiations deadline past May 20, 2016 was to await issuance of a related interest-arbitration award, and that event has now occurred.  On July 8, 2016, an arbitration panel chaired by Stephen Goldberg issued its award, setting the terms of the 2015 National Agreement between the Postal Service and the American Postal Workers Union.

That arbitration decision awarded a contract covering 40 months, from May 21, 2015 to September 20, 2018.  On the key economic issues, the award provided career employees with three general wage increases of 1.2%, 1.3%, and 1.3%, as well as a potential for five cost-of-living adjustments during the same time period.  Non-career employees who are not eligible for COLA were awarded wage increases of 2.2%, 2.3%, and 2.3%, plus another 50 cents per hour spread over the contract.  The award also included no layoff protections for career employees currently on the rolls, and a continuation in the cost-sharing adjustments for the costs of career employee health insurance.

With this APWU-USPS award now being implemented, the NPMHU and the Postal Service are jointly aiming to complete their bargaining process.  Only a handful of issues remain, and talks are underway to resolve those differences.  It will probably be late summer or early fall before all matters are finalized, but if and when a tentative settlement agreement is reached, it will be subject to ratification by the entire membership of the NPMHU.

Please watch your bulletin boards for the latest information.

These updates, along with the Union’s magazine and monthly bulletins, will keep mail handlers throughout the country informed and involved in the issues raised during this round of bargaining. As expected, a lot happened during the final days of this year’s regular bargaining period. The Postal Service and NPMHU negotiated right up until the clock struck midnight on Friday, May 20.

Despite these efforts, however, an agreement on all of the outstanding terms and conditions of employment could not be reached before the deadline. END_OF_DOCUMENT_TOKEN_TO_BE_REPLACED

May 21, 2016 — The NPMHU and USPS bargaining teams have been engaged in contract negotiations since late February 2016 in an effort to reach agreement on the terms of their 2016 National Agreement. 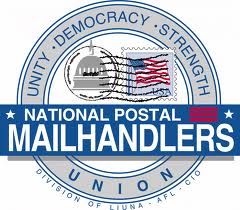 Contract talks between the parties continued well into the night on Friday, May 20, 2016 as the 2011 National Agreement was set to expire at midnight.  While significant progress has been achieved, the parties have nevertheless been unable to finalize a full and complete successor contract. The parties have therefore agreed to extend bargaining over several key issues, with the hope of eventually reaching a full agreement.

If and when a tentative successor agreement is reached, its terms will be distributed to the NPMHU membership for review and ratification.  More details will be shared and discussed at a meeting of all Local Presidents scheduled for Tuesday, May 24.

WASHINGTON , DC,, May 21, 2016 (GLOBE NEWSWIRE) — The United States Postal Service and the National Association of Letter Carriers (NALC) have agreed to extend contract negotiations on a new collective bargaining agreement. 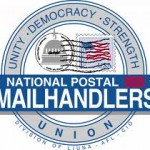 Although the contract with the NALC expired at midnight Friday, May 20, the Postal Service and the NALC have mutually decided to extend negotiations beyond the deadline.

Although the contract with the Mail Handlers union also expired at midnight Friday, May 20, the Postal Service and the NPMHU have mutually decided to extend negotiations beyond the deadline.

You are reading the third Contract Update produced and distributed by the NPMHU during the course of 2016 negotiations. These updates, along with the Union’s magazine and monthly bulletins, will keep mail handlers throughout the  country informed and involved in the issues raised during this round of bargaining.

The NPMHU and the Postal Service have now been engaged in collective bargaining for approximately one month. Here is a summary of what has happened during that time, and an update as how negotiations are proceeding.

END_OF_DOCUMENT_TOKEN_TO_BE_REPLACED

The MOU only applies to those installations that are not subject to withholding pursuant to Article 12.  In those installations, the MOU provides a specific pecking order for filling residual vacancies that most prominently includes the right to return to the installation for those with active retreat rights, the conversion of PTF and PTR Mail Handlers, transfers through e-Reassign, and the conversion of MHAs to career status.  Overall, this MOU should provide greater opportunities for our MHAs to achieve career status.

In a separate but related matter, the parties have agreed that the MOU Re Filling of Residual Vacancies does not change current rules or practices on the demotion of EAS/management employees or the reinstatement of employees into the mail handler craft.  For clarity on this point, the parties have reached agreement by way of a separate MOU Re Demotion of EAS/Management Employees or Reinstatement of Former Employees into Mail Handler Craft, through which the parties agree to refer unresolved matters of demotion or reinstatement to the Article 12 Task Force.