From the National Association of Postmasters of the US:

Over the past 18 months, NAPUS has raised concerns about the lack of data to indicate the amount of money the U.S. Postal Service saved as a result of reduced post office hours and post office re-classifications. In fact, one year ago, President Tony Leonardi testified before a Senate forum on rural mail issues at which he called for a moratorium on further post office hour reductions and re-classifications, particularly with regard to current Level-18 post offices. In part, NAPUS declared at the forum that the lack of accurate data, no assessment of rural impact, and the absence of information relating to revenue losses justified a pause in post office hour reductions and re-classifications. Shortly thereafter, Senators Heidi Heitkamp and Tom Carper introduced S. 1754 and S. 2051, bills that include NAPUS-supported provisions to implement the post office moratorium.

This past Friday, April 29, the Government Accountability Office (GAO) added its expert voice to the legislative discussion. At the request of House Oversight and Government Reform Chair Jason Chaffetz (R-UT) and House Government Operations Subcommittee Chair Mark Meadows (R-NC), the GAO conducted a performance audit of POStPlan. In sum, the GAO concluded that the Postal Service’s “estimates of expected POStPlan cost savings have limitations that affect their reliability.” (Highlights of GAO-16-385, April 2016) The GAO went on to point out that these limitations include “imprecise and incomplete labor costs, including errors in underlying data; lack of sensitivity review; and the exclusion of other factors that affect net cost savings, particularly the potential impact of reduced retail hours on revenue.” (Highlights of GAO-16-385, April 2016) And, the GAO report concluded: “Although POStPlan was an initiative that affected about 66 percent of US post offices and Postmasters, USPS did not produce cost-savings estimates with the level of rigor that an initiative with such a large footprint may have warranted.”  (GAO-16-385, April 2016, p. 31)

NAPUS believes that the GAO report reinforces its call for a post office hour reduction and reclassification moratorium.

You may view the GAO Report in its entirety here. 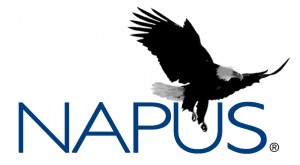 There are a lot of anxious POStPlan impacted Postmasters waiting for final news on the specific RIF timelines and events associated with this phase of POStPlan implementation. We continue to meet with Postal Headquarters and minor changes come from each of these meetings which will push back any formal announcement. The Postmaster organizations and Postal Headquarters have spent a great deal of time discussing the implementation and events that will lead up to the final RIF date, with the same end result in mind—get everyone placed before the RIF effective date. These discussions have been in the best interests of all Postmasters who are still impacted and because of this the RIF timeline has been extended. The effective RIF date for impacted Postmasters will now be 1/10/2015. END_OF_DOCUMENT_TOKEN_TO_BE_REPLACED

Yesterday, at about 3:45 PM EST, Senate Homeland Security and Governmental Affairs Committee Chair Tom Carper D-DE pulled the plug on consideration of S. 1486 for the year. Up until that time, the Carper-Coburn postal reform bill was scheduled on the committee calendar for a Wednesday morning “markup”. Nevertheless, committee consideration of the bill was predicated on the ability of the Chairman and Committee Ranking Republican Tom Coburn R-OK to reach an agreement on a “managers’ amendment” to replace S. 1486, as introduced.

During fall hearings on S. 1486, both Senators recognized the imperfections in the bill and pledged to collaborate on a managers’ amendment to address the problems; however, a number of key disagreements between the Senators could not be resolved by Tuesday afternoon. In addition, many doubt that even if such an amendment was to have been constructed, it would have been able to garner the support of a committee majority 9 votes. So, on Monday evening, a “chairman’s substitute amendment” was under consideration, but that possibility fizzled by mid-Tuesday. Under normal circumstances, all amendments should have been filed by 5:00 PM EST, on Monday, but the rule could be waived with consent of the Chairman and Ranking Republican. In any event, committee members filed 25 amendments by the Monday deadline.

Over the past week, NAPUS Legislative Chairs represented by Senators serving on the Homeland Security were in communication with their Senators, and, on Tuesday morning, were explaining NAPUS’ positions on the key filed amendments and the underlying provisions in the bill.

In sum, a legislative reset may take place early next year, possibly with a much narrower measure that addresses just the retiree pre-funding issue and some other issues, and such a bill would probably need to be considered by the committee by Presidents’ Day. And, just in case you forgot about the House of Representatives, there has been no effort to schedule H.R. 2748, the Issa postal reform bill, for floor action.