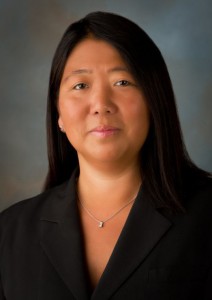 Former postmaster general Benjamin F. Bailar has resigned from the Citizens’ Stamp Advisory Committee, questioning the value of continuing a panel that has guided United States stamp policy since 1957.

In a letter to Postmaster General Patrick R. Donahoe, Bailar suggested that the committee has become overly concerned about trying to raise money for the cash-poor U.S. Postal Service and less worried about what message U.S. stamps offer the world.

Linn’s obtained a copy of his July 23 letter, which Bailar had not meant to be made public.

“In my opinion the stamp program should celebrate the things that are great about the United States and serve as a medium to communicate those things to a world-wide audience,” Bailar said.

“To prostitute that goal in the pursuit of possibly illusory profits does not make sense to me.”

WASHINGTON — The United States Postal Service today filed notice with the Postal Regulatory Commission (PRC) to change Priority Mail prices, including a reduction in prices on average for businesses and other customers who use Commercial Plus and Commercial Base online shipping services. The price change will include a modest increase for Priority Mail prices at Post Offices and other postal retail outlets. The proposed changes, which would go into effect in September 2014, are intended to offer more competitive pricing and build on Priority Mail’s popularity with customers.

“The Postal Service is a vital business partner for small and large businesses and lowering shipping prices will save them money and improve their bottom line,” said Nagisa Manabe, chief marketing/sales officer. “With our affordable shipping options, we hope to attract new business customers and become their preferred delivery service.”

“Unlike others in the shipping industry, the Postal Service is not implementing any new dimensional-weight charges, continuing our commitment to deliver the best value for our customers,” said Manabe.

“With the Postal Service, there are no shipping surcharges. We deliver on Saturdays for no extra charge, we pick up packages for free, and we deliver shipping boxes and envelopes, also for free. Just a few more ways we help businesses get the most out of their shipping*,” stated Manabe.

Commercial Base Pricing does not have any volume requirements and these reduced rates are available for customers who use Click-N-Ship, PC Postage products, permit imprints, or digital mailing systems (meters) that generate an IBI (Information Based Indicia) and submit data electronically to the USPS.**

Eligibility for Commercial Plus Pricing is based primarily on shipping volume. For Priority Mail, 50,000 pieces are required within the prior year. In lieu of past volume, customers can instead complete a customer commitment agreement.

Pricing at Post Offices and other retail outlets will have a modest increase of 1.7 percent on average.
Highlights of the new proposed retail pricing for Priority Mail products include:

The PRC will review the prices before they become effective Sept. 7, 2014, and must agree the prices are consistent with applicable law.3 The new price proposals will be available on the PRC website at www.prc.gov.

The pricing adjustments are part of a broader strategy to position the Postal Service for the future. USPS is also streamlining its mail processing operations, which will allow the organization to invest in new package sorting equipment and other upgrades, as it continues to seek legislative changes to update its business model.

* Except when Saturday is a national holiday. For details on free Package Pickup, visit usps.com/pickup; Available with the U.S. For use with Priority Mail, and Priority Mail International shipping. Boxes are delivered with our regular mail usually within 7 to 10 business days. To order, visit store.usps.com/store.
** Visit USPS.com or call your USPS sales consultant for eligibility requirements.

In 2020, when your supplies of milk and butter start to run low, your refrigerator will know to send out a call to the grocery store and, later that day, the Postal Service will show up at your door with fresh provisions.

Sound far-fetched? Not to Nagisa Manabe.

Manabe, the chief marketing and sales officer with the USPS, offered a preview of an array of initiatives that the agency is working on to improve and expand its services through the use of technology, tapping into unused infrastructure and by forging new partnerships. 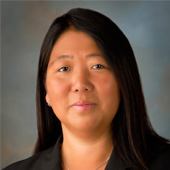 CMSO Nagisa Manabe has been selected as an honoree for Direct Marketing News’ 2014 Marketing “Hall of Femme.”

The award honors women who are marketing leaders and who have had a significant impact on the success of their organizations in the past year.

As a winner, Manabe will be interviewed for the magazine and eBook. She also will represent USPS at an award luncheon in March.

Manabe is being recognized for her executive oversight of teams that delivered more than $1 billion over projections in 2013, including development and marketing of domestic and international mail products and services, as well ongoing development of secure digital solutions and other projects.

We told you yesterday how the US Postal Service seemed to be doing its best to avoid any advance publicity for its Harry Potter commemorative stamps. USA Today featured an “exclusive” story on the stamps yesterday, saying that they were available for preorder, but failing to say where! END_OF_DOCUMENT_TOKEN_TO_BE_REPLACED

Linn’s Stamp News reports that the the Citizens Stamp Advisory Committee (CSAC) “staged an unprecedented protest” at its September quarterly meeting, suspending the session, and sending a letter to the Postmaster General requesting a meeting. The actions come in the wake of tension between the committee and USPS stamp service management.

The committee, which is appointed by the PMG, has thirteen members, including a former Postmaster General and a former USPS Governor. Linn’s says that all of the members signed the letter.

The report, by Linn’s correspondent Bill McAllister, notes that while the letter did not name either USPS Marketing chief Nagisa Manabe or stamp services executive Susan McGovern, USPS sources told the magazine that “the committee is upset with both women, and what they see as a diminished role they have given CSAC in the stamp selection process.”

The CSAC protest follows last week’s news that an entire press run of stamps was to be destroyed for promoting unsafe activities for children, a decision which subjected both the USPS and the White House to ridicule; and the revelation that the USPS was paying celebrity futurist “Faith Popcorn” $1.5 million to predict the future of stamps.

Update: Apparently the right wingers aren’t the only ones concerned about the dangers of too much safety! The New York Daily News has also jumped on the bandwagon, with an editorial this morning that claims “Not even kids on postage stamps are safe from the safety-obsessed”.

Hey! Guess who got mentioned in that bastion of old school conservatism, the National Review?

The United States Postal Service (USPS) has destroyed an entire press run of a stamp series over safety concerns about the images on three out of the 15 stamps in the series.

The stamps, which were aimed at getting children to be more active, featured kids cannonballing into a pool, skateboarding without kneepads, and performing a headstand without a helmet. Postalnews reports that USPS Chief Marketing and Sales Officer Nagisa Manabe asked First Lady Michelle Obama to take part in a first day ceremony for the stamps.

Upon reviewing the stamps, members of the President’s Council on Fitness, Sports and Nutrition, which was launched by Michelle Obama in 2010, raised their concerns.

OK, so it’s not the actual National Review magazine, it’s just their “Corner” blog, but still!

The “Corner” item was one of a number of mentions our story on the “Just Move” stamps got on right wing web sites yesterday.

Based on our site’s traffic records, the “Just Move” mania started when someone posted a copy of our story on the Democratic Underground site. That item was then picked up by famed dead blogger Andrew Breitbart’s site, which is sort of a wingnut version of the Vatican. Not surprisingly, Breitbart and the twitterati embellished the story ever so slightly, making it sound like an enraged Michelle Obama had personally overpowered Pat Donahoe and made him eat the offending stamps.

Sadly, there is no evidence that the First Lady was ever even aware of the stamps’ existence, but it made for a good story!

Having appeared on such an authoritative site, our own site started attracting tons of wingnuts eager to post witty comments about Michelle Obama, political correctness,  and the Approach of the End Times.

But my favorite comment had to be this one:

Yes, believe it or not, there is.

Linn’s Stamp News reports that the US Postal Service will destroy the entire press run of a stamp series aimed at getting children to be more active. According to Linn’s reporter Bill McAllister, three of the stamps in the fifteen stamp series raised safety concerns among sports figures on the President’s Council on Fitness, Sports & Nutrition. The stamps in question depicted children performing a cannonball dive, skateboarding without kneepads, and doing a headstand without a helmet. The unsafe depictions came to light after USPS Marketing chief Nagisa Manabe asked Michelle Obama to take part in a first day ceremony for the stamps. That was apparently the first time the stamps had been reviewed by the Sports Council.