A week after the Trump hiring freeze was announced, the Office of Management and Budget has gotten around to “clarifying” it. Among the clarifications- hiring by the US Postal Service is not included in the freeze.

More confusion from Trump: One of his executive orders says that agencies must eliminate two regulations for every new regulation they propose. As with Trump’s hiring freeze, the order is vague, yet apparently all-encompassing. Does it apply to the USPS?

Here’s what Politico had to say about the impact of the order on independent agencies like the USPS: END_OF_DOCUMENT_TOKEN_TO_BE_REPLACED

The National Association of Postal Supervisors says it has been in contact with USPS Headquarters over the possible impact of Donald Trump’s hiring freeze. NAPS says the USPS told them that they had “reached out” to the Trump administration to discuss the issue. END_OF_DOCUMENT_TOKEN_TO_BE_REPLACED

The National Association of Letter Carriers told members yesterday that it was in discussions with postal management over what effect, if any, the hiring freeze ordered by Donald Trump would have on letter carriers.

In a message sent via the NALC member smartphone app, the union said that while the parties were still unsure of the possible impacts, the NALC is confident that the order would not prevent contractually required CCA conversions, based on a line in the order stating that it does not abrogate any existing collective bargaining agreements in effect on January 22.

The USPS and its unions have yet to make any public statements on the freeze.

Update: The NALC still hasn’t responded publicly to the freeze announcement, but it has posted additional information on its members only smartphone app.

While we still haven’t heard anything official from any of the parties involved, we did come across this tweet from the National Association of Letter Carriers:

@Newarknuggets “…freeze should not extend to USPS…[we’re] working to ensure that it does not.” More: https://t.co/o8WMosNpW0

MEMORANDUM FOR THE HEADS OF EXECUTIVE DEPARTMENTS AND AGENCIES

By the authority vested in me as President by the Constitution and the laws of the United States of America, I hereby order a freeze on the hiring of Federal civilian employees to be applied across the board in the executive branch. END_OF_DOCUMENT_TOKEN_TO_BE_REPLACED 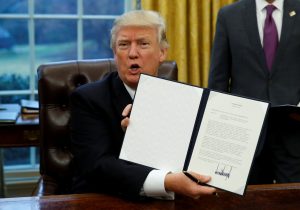 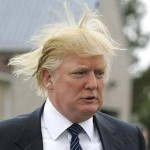 Making good on a promise to slash government, President-elect Trump has asked his incoming team to pursue spending and staffing cuts.

Insiders said that the spending reductions in some departments could go as high as 10 percent and staff cuts to 20 percent, numbers that would rock Washington if he follows through.

At least two so-called “landing teams” in Cabinet agencies have relayed the call for cuts as part of their marching orders to shrink the flab in government.