The United States Postal Service plans to reduce hours and close branches nationwide. No branches in Kansas City are currently set to close, but with 82 processing centers set to close around the country, including one in Springfield, Mo., mail service will be slowed.

If you’re hoping to mail a letter or bill, it probably won’t get there overnight. Instead, it may take two to three days to arrive.

Postal Service employees are infuriated because they don’t want to work fewer hours or see offices close. On Thursday they’ll rally to keep things as they are. END_OF_DOCUMENT_TOKEN_TO_BE_REPLACED

WASHINGTON, D.C. – Building on her efforts to improve mail delivery and service in rural communities in North Dakota and across the country, U.S. Senator Heidi Heitkamp brought together the first bipartisan meeting of solely Senators from rural states to speak with the U.S. Postmaster General about the impact that mail processing facility closures and service standard reductions have had on families and communities throughout rural America.

“We didn’t want to take any chances so we thought the best course of action here was to close the building until the situation remedied,” said Walton. “We do have an exterminator involved. They are setting traps.”

Walton says the spiders are drawn to quiet places.

“Any place that is dark and quiet that doesn’t get a lot of traffic and there are areas of a post office that are like that,” he said. END_OF_DOCUMENT_TOKEN_TO_BE_REPLACED 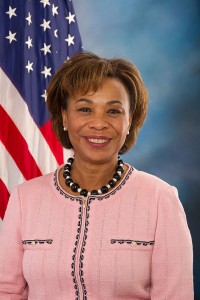 Washington, DC – Today, Congresswoman Barbara Lee introduced legislation to halt the sale and consolidation of historic US Postal Service facilities. The Moratorium on US Historic Postal Buildings Act would prevent USPS from selling any facility until all buildings listed or eligible for listing in the National Register of Historic Places are removed from the auction block.

“These historic post offices are an irreplaceable part of our nation’s history. They belong to the American people,” said Congresswoman Barbara Lee. “Historic post office buildings are an integral part of our cultural heritage and should not be used as a bargaining chip to resolve the Postal Service’s financial woes.”

“In my district, the Berkeley post office is cherished by the East Bay community,” Congresswoman Lee added. “I’m calling on Congress to stop these callous attempts to auction off our heritage. My bill would ensure that historic post offices across the country, including the Berkeley Post office, remain as a cornerstone of our community.”

West Virginia Congressman David B. McKinley, R-W.Va., introduced a bipartisan resolution calling for an end to the postal slowdown and a return to prior service standards.

“We’ve heard from hundreds of West Virginians — newspapers, businesses and individual postal customers negatively impacted by these delivery changes. By restoring prompt and reliable service, we can rebuild trust in the postal service and give rural Americans peace of mind” said McKinley.

The fall 2013 closure of the USPS Mail Processing Facility in Bridgeport has required mail to be shipped to Pittsburgh or Charleston for processing, resulting in delays, increased costs, and unreliable service. Beckley mail is sent to Charleston for processing. This month, USPS announced it would end overnight delivery of First Class Mail in further efforts to cut costs.

“The recent changes implemented by the United States Postal Service are having a dramatic and negative impact on all businesses and residents living in rural parts of the United States,” said Don Smith, executive director of the West Virginia Press Association. “This recent USPS decision is a national issue that is impacting the entire country. The newspaper industry across America is just one segment of the national economy that will suffer as a result of these changes. We hope other members of Congress will support his resolution and join in the discussion.”

“This postal slowdown is causing real harm across West Virginia as credit card bills are delayed, consumers cancel unreliable newspapers, and timely medicine deliveries are threatened. The Post Office should reconsider these changes and work with Congress to develop an alternative model,” McKinley added.

There might be plenty of traffic that goes past the Sedgwick Post Office on Highway 63, but as for traffic volume inside, Sedgwick falls in line with many other small town post offices with not enough business.

“This is where everybody gets their news for the town,” Sedgwick Mayor J Stanley Debow told Region 8 NewsNewsbow grew up in Sedgwick and says while there might not be a large volume of business going through, it’s a staple in the community and one of the few things left keeping the town viable.

“It’s all about gone. Post office is about the last business here in the city that I’m aware of,” Debow said.

“Although the recent fire was destructive and costly, it should not be used as a pretext to shut down the Carlstadt Post Office,” Pascrell wrote to Postmaster General Donahoe. “What is now a temporary inconvenience for Carlstadt postal customers must not become a permanent hardship. My constituents in Carlstadt rely on a convenient and accessible postal location for a wide range of personal and business needs. A failure to quickly reopen, rebuild or relocate the Post Office within Carlstadt would create an unnecessary hardship for these local residents and loyal postal customers. The closure of local post offices in towns like Carlstadt threatens that trust and drives customers to seek out other service providers.”

The early morning blaze on April 24th forced a temporarily closure of the facility, with services in the interim rerouted through the East Rutherford Branch. In 2011 the Carlstadt Post Office was named in honor of Staff Sergeant Frank T. Carvill and Lance Corporal Michael A. Schwarz, two fallen soldiers from Carlstadt that were killed in combat operations in Iraq. END_OF_DOCUMENT_TOKEN_TO_BE_REPLACED

WASHINGTON, D.C. – Today, U.S. Senators Tom Udall and Martin Heinrich and U.S. Representative Ben Ray Luján welcomed news that the U.S. Postal Service has agreed to shelve a proposal to move out of downtown Santa Fe and instead keep the post office at its current site on Federal Place.

Udall, Heinrich and Luján have been instrumental in working to keep the downtown post office open after questions were raised of the Postal Service and the General Services Agency (GSA) about whether a move out of the building would save money and meet the needs of the community. Located across the street from City Hall, the Federal Place building is an important anchor for downtown. END_OF_DOCUMENT_TOKEN_TO_BE_REPLACED