DECATUR, Ga. (CBS46) – According to some DeKalb County residents, it’s taking them close to an hour to pick up their mail thanks to their local post office ‘temporarily’ closing its doors. END_OF_DOCUMENT_TOKEN_TO_BE_REPLACED

SOUTH BEND, Neb. (WOWT) – For most people, getting mail just means a short walk to the curb.

In the small community of South Bend, Nebraska, it means a frustrating drive. END_OF_DOCUMENT_TOKEN_TO_BE_REPLACED

ARIPEKA, Fla. (WFLA) – Aripeka could soon be a town without a post office. END_OF_DOCUMENT_TOKEN_TO_BE_REPLACED

ALBERT, Kan. (KSNW) – “It’s a meeting place,” Roxeanne Sexton said. “You see your neighbors that you haven’t seen in awhile. You sit there, talk and see how they’ve been doing.” END_OF_DOCUMENT_TOKEN_TO_BE_REPLACED 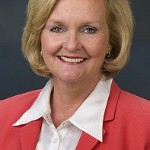 WASHINGTON – U.S. Senator Claire McCaskill is demanding answers from the United States Postal Service (USPS) about the status of the Laurie, Missouri postal facility that was abruptly closed in January under USPS’ “emergency suspension” process, which is supposed to be temporary. END_OF_DOCUMENT_TOKEN_TO_BE_REPLACED

RICHMOND, Va. (WRIC) — People who live in Church Hill are frustrated over the abrupt closure of their post office.

“Without any warning, it’s kind of depressing,” said Lewis Robinson, who showed up Monday morning to get mail from his post office box.

So did John Rasmussen. “I have mail probably including checks for my home business in my PO box that I can’t get to which is personally frustrating,” he said.

A sign on the door of the 25th street location told customers the post office is closed temporarily because of emergencies.

Washington, D.C. – A measure authored by Congressman Mark DeSaulnier (CA-11) was unanimously adopted by the Oversight and Government Reform Committee as a part of the bipartisan Postal Service Reform Act (H.R. 756), which has been years in the making. Congressman DeSaulnier’s amendment would require the United States Postal Service (USPS) to provide Congressional offices with at least 10-days of advance notice regarding any closure, sale, movement, or reduction of operations of a post office in their district.  END_OF_DOCUMENT_TOKEN_TO_BE_REPLACED

BISMARCK, N.D. – U.S. Senator Heidi Heitkamp today called on U.S. Postmaster General Megan Brennan to take concrete steps to protect quality mail delivery and service in Amidon and Halliday now and in the future following the news of the anticipated post office closure in Amidon and service disruption in Halliday.

Heitkamp pressed Brennan to make sure her agency is listening to the needs of the Amidon and Halliday communities, and to communicate a comprehensive plan on how the needs of both communities to access the full array of postal services will be met.

END_OF_DOCUMENT_TOKEN_TO_BE_REPLACED

AUBURN (CBS13) – The oldest post office west of the Mississippi may be shutting its doors after years of serving Auburn, California.

Known as “Station A,” it opened in Old Town Auburn back in the late 1870s. Its wooden doors may soon close permanently since the U.S Postal Service isn’t renewing its contract.

Some residents are saying the city should step in and cover the costs, but city officials say they have enough to worry about.

WASHINGTON –  U.S. Senator Claire McCaskill is calling out the U.S. Postal Service for its use of “emergency suspension” authority to close down Missouri post offices, potentially circumventing the standard process that requires input from communities that would feel the effects of a closure and notifications to Congress.

“I recently became aware of a number of post offices in Missouri that were closed via ‘emergency suspension’ and never reopened,” wrote McCaskill, a former Missouri State Auditor and senior member of the Homeland Security and Governmental Affairs Committee, in a letter to Postmaster General Megan Brennan. “I am concerned that these closures are circumventing the United States Postal Service’s standard discontinuance process, and communities are being adversely affected without the opportunity to meaningfully participate in the decision-making process. END_OF_DOCUMENT_TOKEN_TO_BE_REPLACED