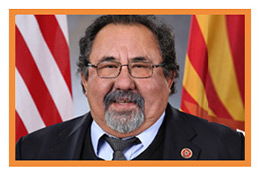 Washington, D.C.– Rep. Raúl M. Grijalva (D-AZ) is set to introduce legislation to prevent the U.S. Postal Service (USPS) from closing any post office or postal facility that serves a high-growth ZIP code – including the facility at Tucson/Cherry Bell – which is slated for closure in 2016, moving all Arizona postal sorting to a single center in Phoenix.

Grijalva’s bill would require USPS officials to work with the Department of Commerce – which conducts the U.S. Census and keeps annual demographic data – to ensure that no closure would negatively impact a “high growth” ZIP code, as defined by Commerce officials at the beginning of each year.

“Closing postal facilities in high-growth localities like Tucson threatens jobs and undermines timely delivery in the exact places where we should be doing the opposite,” Rep. Grijalva said. “Our goal should be to catalyze economic development, not stunt it in the fastest growing population centers in the country. The employees of Cherrybell, residents and businesses of Tucson, and the people of Arizona deserve better than haphazard facility closures that undermine the basic services of our society.”

Rep. Grijalva first introduced this legislation in 2012, and continues to fight for its passage. The bill is co-sponsored by Rep. Ruben Gallego (D-AZ).

SANDSTON, Va. (WRIC) — A Richmond man is on a mission to find his missing mail.

In April, photographer Steve Carr filled an envelope with negatives and shipped it off to a photo lab in California, but that envelope never made it to its destination.

As a result, Carr has spent the last four months sending hundreds of emails and making dozens of phone calls to anyone within the postal service who might be able to help.

Eight members of Arizona’s Congressional Delegation, 4 Democrats and 4 Republicans sent the following letter to Postmaster General Megan Brennan,  asking that she take action to stop the deterioration in mail service in the state:

As members of the Arizona delegation we are writing to inform you of the results of an extensive community survey regarding the impacts of the consolidation of the Tucson Postal Processing and Distribution Center (P&DC)/Cherrybell. We appreciate the U.S. Postal Service’s announcement to delay phase II consolidation at Cherrybell into 2016; however there remains great uncertainty regarding how the negative consequences of the consolidation will be addressed moving forward.

The survey, conducted by Tucson Mayor Jonathan Rothschild, Vice Mayor Richard Fimbres, the Tucson City Council and various local business and community organizations, collected more than 1,700 submissions expressing concern. The vast majority of respondents, 84.0 percent of individuals and 86.0 percent of businesses, reported a noticeable delay in their mail delivery services since the first phase of consolidation stopped the processing of some outbound mail.

Overall, respondents widely reported waiting additional days for medicines, delays in Veterans benefits and medications and delays in receipts and payments for regular business transactions. These delays are not merely a nuisance, but can be costly in terms of health impacts and businesses’ most fundamental operations, such as meeting their payroll. Numerous concerns have been raised regarding a major barrier for non-profit organizations to reach members and potential funders through direct mail. Additionally, there are serious concerns regarding the Phoenix postal center’s ability to takeover timely processing of personal items such as tax payments, bills, school transcripts and personal holiday cards.

We appreciate your efforts to protect Tucson and surrounding communities from the negative impacts of consolidation, but do not believe there is a feasible path forward to address the concerns of the community if the facility is closed. We ask that you review the attached survey summary and provide us with information on how the numerous concerns will be addressed.

Click here for the full text of the survey referred to in the letter.

After months of rallying and negotiation talks, the American Post Workers Union has yet to reach a contract agreement with the U.S. Postal Service.

According to Erie Local APWU President Joe Szocki, the two sides have been in mediation since June, after failing to reach an agreement by the May 20 deadline.”

After some initial results, the final package that they put forth financially, they wanted to create another entry-level position at lower wages,” said Szocki.  “We could not accept that.”

Minnesota Senator Al Franken has sent a letter to the Postmaster General to discontinue the rerouting of mail parcels from northeast Minnesota to the Twin Cities. In April, the Postal Service began rerouting mail from northeast Minnesota. Specifically, mail that used to be canceled at the Duluth Processing Center is now trucked to Eagan where that mail then canceled and trucked back into Duluth.

Senator Franken says that he has received many complaints that mail is being delivered at rates that are unacceptable rates. Specifically he says there have reports of newspapers being delivered 10 days late and medicine delivered after it has expired.

WASHINGTON, May 30 – Sen. Bernie Sanders (I-Vt.) today welcomed news that the U.S. Postal Service quietly backed off a self-defeating plan to shutter nearly all of 82 mail sorting facilities which were on the chopping block this year.

Sanders had led an effort in Congress to keep the Postal Service from closing the plants as part of an ill-considered cost-cutting plan by the money-making mail service. Word of the Postal Service decision came in a low-key formal notification yesterday to members of Congress. END_OF_DOCUMENT_TOKEN_TO_BE_REPLACED

The U.S. Postal Service cited “operational considerations,” and the need to ensure “prompt, reliable and predictable service,” when it announced it will delay its consolidation plan.

A local union leader says the facility in Greensboro that was slated to process Roanoke’s mail cannot handle the increase.

He says Roanoke’s mail now goes to Greensboro to be cancelled. Then he says, 60 to 80 percent of it is hauled back to Roanoke for processing.

“You need to fight for first class service for a first class stamp,” Cooper told WDBJ7 Thursday morning. “And I know that the postal service is not coming to their end of the bargain.”

Duluth, MN (NNCNOW.com) — U.S. Representative Rick Nolan is angry that the U.S. Postal Service plans to shut down and consolidate postal services across the country, and cutbacks have impacted Northland mail deliveries.

At a rally on Wednesday, Congressman Nolan stood up with others who support returning the Duluth Processing and Distribution Facility back to a full service operation.

Earlier this year, some of the services provided by the Duluth facility were consolidated to cut costs, and the consolidation took effect last month. 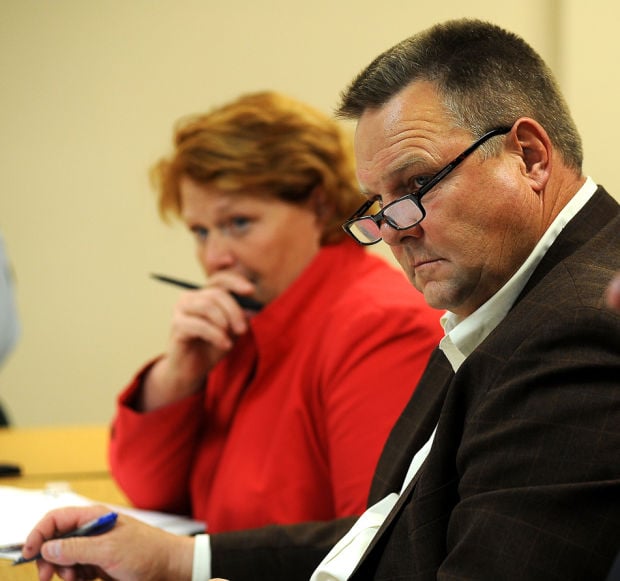