The 41st president guided the United States through the end of the Cold War and drove the creation of a multinational coalition that successfully forced Iraq to withdraw from Kuwait in the Persian Gulf War.

An advocate for public service, Bush explained his vision of a nation of volunteers as “a brilliant diversity spread like stars, like a thousand points of light in a broad and peaceful sky.” 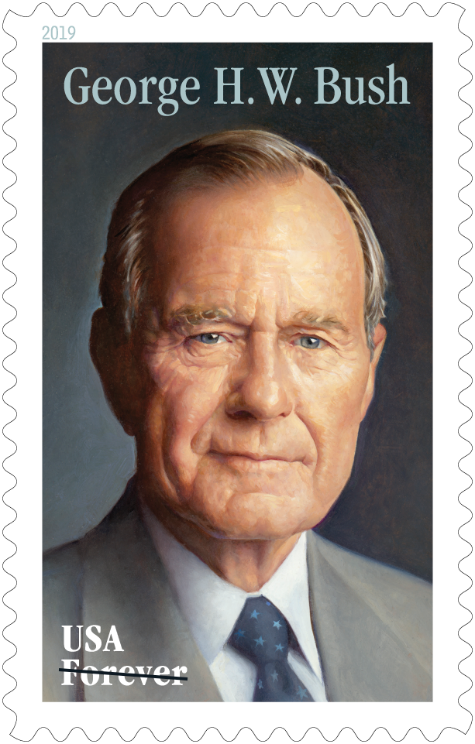 The stamp art is a portrait of Bush painted by award-winning artist Michael J. Deas. It is based on a 1997 photograph taken by Timothy Greenfield-Sanders. Phil Jordan was the art director and stamp designer.

The first-day-of-issue ceremony will be held on the president’s birthday, June 12, at the George H.W. Bush Presidential Library and Museum, 1000 George Bush Drive West, College Station, TX.
Robert M. Duncan, chairman of the U.S. Postal Service Board of Governors, will serve as the dedicating official.

The stamp is being issued as a Forever stamp, which will always be equal in value to the current First-Class Mail 1-ounce price.