Eric Chavez has been named Northeast Area’s vice president, a position that oversees 90,000 employees in a region that encompasses New England, parts of New York and New Jersey, the U.S. Virgin Islands and Puerto Rico.

Chavez, who has held the position on an acting basis since February, is a 33-year Postal Service employee who previously served as Suncoast District manager in Southern Area. 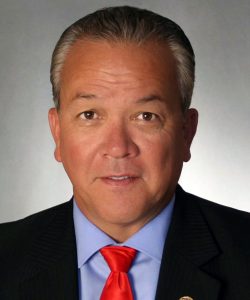 In a memo announcing his appointment, Postmaster General Megan J. Brennan praised Chavez as “a highly effective postal executive, an excellent leader and communicator, and a strong mentor and motivator who elevates performance within the operations organizations he has served.”

He joined USPS in 1986 as a letter carrier in Jacksonville, FL. His new appointment takes effect March 2.