The world lost a music icon when Aretha Franklin died last month, but Andra McKoy lost a friend and mentor.

McKoy, a Pontiac, MI, mail handler, spent 22 years as a tambourine player for the world-renowned “Queen of Soul.” 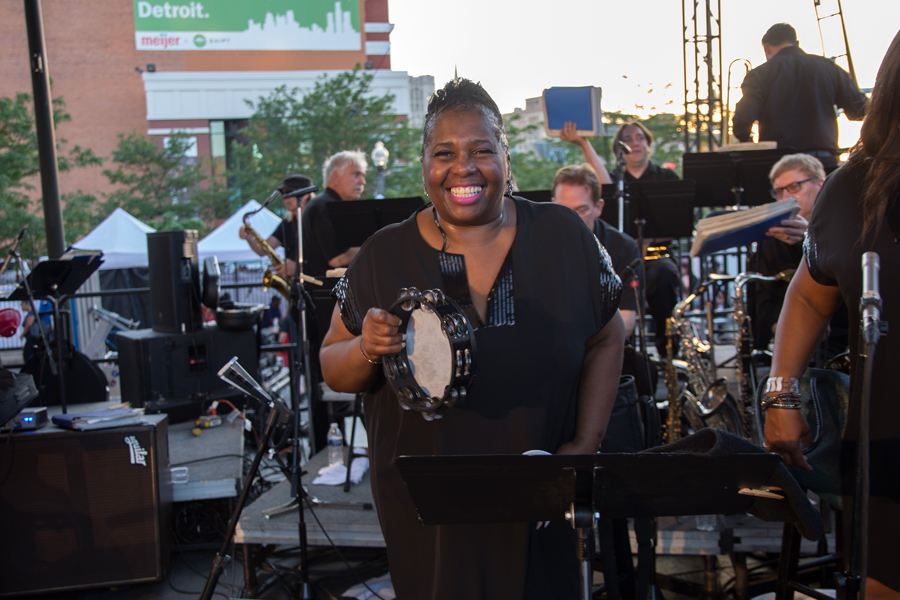 McKoy began playing with Franklin in 1996 after her brother, Franklin’s organist at the time, recommended McKoy when the band became short a tambourine player. She secured the spot after auditioning in Franklin’s Detroit home.

“Aretha was good to me,” McKoy said. “She didn’t take no stuff when it came to her shows, but she was very friendly.”

McKoy, who joined the Postal Service in 1998, is grateful her managers allowed her to take time off if Franklin needed her.

She shook her tambourine when Franklin performed for President Obama on two occasions and appeared alongside Franklin on “The Tonight Show with Jay Leno,” “The Rosie O’Donnell Show,” “The View” and other TV shows.

McKoy knew Franklin had become ill, but said she was a “strong lady” who was determined to always give her fans a good show.

“She was a praying woman,” McKoy said. “That’s what she always instilled in us. At the end of a show, right before we did ‘Respect,’ we’d always perform a religious song.”

As Franklin’s health continued to decline, the band “kept praying she’d bounce back like she’d done before,” said McKoy, who last performed with her in July 2017.

McKoy was one of hundreds of mourners who attended Franklin’s epic funeral in Detroit. “I was there the full 12 hours,” she said. “I didn’t move.”

McKoy will never forget what Franklin allowed her to experience.