Volusia County sheriffs’ deputies accused a postal worker of stealing a sergeant’s personal cellphone, but the mailman said he was only following policy when he found the Samsung Galaxy S6 on top of a commercial mailbox.

The difference of opinion ended in the federal employee’s arrest and is likely to cost the county and the city of DeLand $80,000. 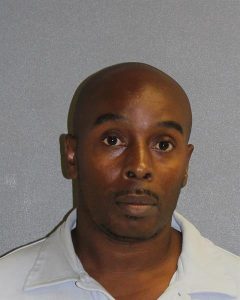 Thursday morning, the Volusia County Council is expected to approve the county’s portion of that settlement to U.S. postal worker Valmore Kemp, who lives in Orlando. The county has agreed to pay Kemp $40,000 and DeLand is expected to pay the other half because the city’s police were the arresting officers in the March 17, 2016 incident.

Arrested for grand theft, a felony, the 42-year-old Kemp was simply following U.S. Postal Service regulations, which state in part that any object left on top of or under a mailbox – which is federal property – is to be taken by the mail carrier and given to his or her supervisor at the end of the day, Kemp’s attorney Hugh Koerner wrote in claim letters to Volusia County and DeLand.