Linn’s Stamp News correspondent Bill McAllister reports that the US Postal Service isn’t exactly going out of its way to remind retail customers that it’s increasing the price of “forever” stamps:

The 49¢ first-class stamp returns to the nation’s post offices Jan. 22.

So do a number of other price changes that are well-known to the mailing industry, but perhaps unknown to the general public. 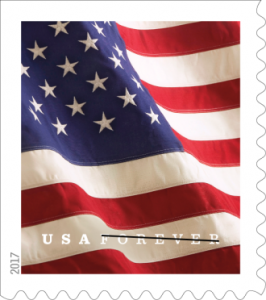 The reason: neither the United States Postal Service nor the Postal Regulatory Commission, which approved the higher prices on Nov. 15, 2016, issued a news release announcing the changes.

The USPS did issue an “industry alert” advising commercial mailers of the coming changes.

When asked why the Postal Service did not issue a news release on the upcoming changes, postal spokeswoman Katina Fields told Linn’s: “I can’t speak for the PRC, but it has been our practice over the past few years to only send out a release when we file with the PRC our proposed annual price changes.”