A driver hauling packages for the U.S. Postal Service flipped on its side in Danville, killing the driver and spilling boxes and boxes all over the highway, six days before Christmas.

According to the California Highway Patrol, the accident was reported on southbound Interstate 680 near El Pintado Road in Danville just before 4 a.m. on Monday. Sgt. Oscar Pacheco said the packages were headed for San Jose.

Pacheco said the driver went off the road and struck a freeway sign. He was taken to the hospital suffering “major” injuries, and was pronounced dead before 7 a.m.

The driver was a freelance contractor for the Postal Service,  spokesman Guz Ruiz said. 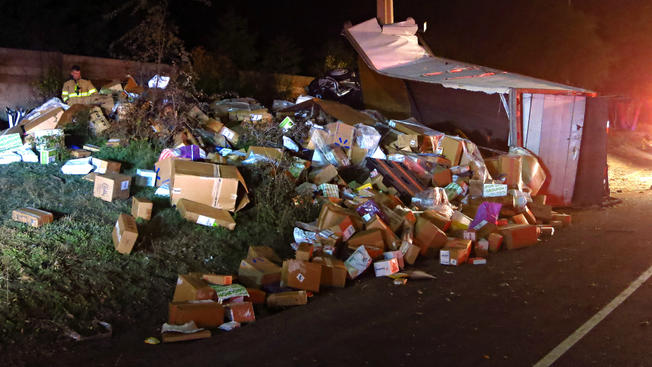