A Valparaiso postal worker has been charged with stealing packages between August, when she started, and October, when a special agent from the Postal Service Inspector General’s Office began to investigate, according to charging information.

Janyce Sewell, 55, of the East 500 block of County Road 900 North in rural Westville faces, up to two years and six months in prison on Level 6 felony official misconduct charges and up to a year on Class A misdemeanor theft charges, court documents state. 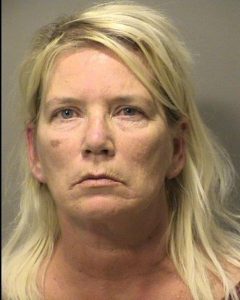 The Valparaiso postmaster contacted the Inspector General’s Office when numerous packages were listed as arriving at the post office but not listed as being delivered, and Sewell never had packages to reclassify to other routes, court documents state.

The investigating special agent reported seeing Sewell take parcels Oct. 13 and Oct. 20 and not mark them as delivered, and on Oct. 24, Sewell had two parcels from other routes and a special agent-prepared parcel of 10 Target $10 gift cards put into her gurney, according to the probable cause affidavit.

Sewell allegedly gave one of the wrong packages to the proper carrier, but the agent followed her and found the empty wrappings of the other package and the decoy package in the trash can at a gas station at Indiana 149 and U.S. 6 that Sewell allegedly stopped at, the probable cause affidavit states.

The warrant for Sewell’s arrest calls for her to be held on a $1,500 cash bail bond.