Jonel Normil, 26, previously pleaded guilty before U.S. District Judge Madeline Cox Arleo to an information charging him with one count of conspiring to embezzle, convert to his use and the use of others U.S. Postal Service money orders. Judge Arleo imposed the sentence today in Newark federal court. 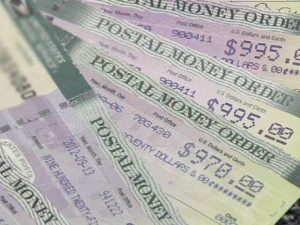 According to the documents filed in this case, other cases, and statements made in court:

Normil was employed as a letter carrier with the U.S. Postal Service in Cape May Court House, New Jersey. He also picked up and dropped off mail at the U.S. Post Office in Stone Harbor, New Jersey.

Normil admitted that he used his position as a letter carrier to steal hundreds of U.S. Postal Service money orders from the Stone Harbor and Cape May Court House post offices. Normil gave the stolen money orders to other conspirators, who made them look legitimate and imprinted them with dollar values of $900 or $1,000 before depositing them into bank accounts or cashing them at post offices in New Jersey, New York, and Georgia.

In addition to the prison term, Judge Arleo sentenced Normil to three years of supervised release.

U.S. Attorney Fishman credited special agents of the U.S. Postal Service, Office of the Inspector General, under the direction of Executive Special Agent in Charge Monica Weyler of the Eastern Area Field Office, and the U.S. Postal Inspection Service, under the direction of Inspector in Charge David W. Bosch, Philadelphia Division, with the investigation leading to today’s guilty plea.

The government is represented by Assistant U.S. Attorneys Rahul Agarwal of the U.S. Attorney’s Office Special Prosecutions Division in Newark.