The United States Postal Service (USPS) publicly began the Next Generation Delivery Vehicles (NGDV) acquisition program in January 2015 with a Request for Information (RFI) and kick-off meeting open to all interested technology and automotive suppliers to respond and participate. The robust and open process was designed to attract the most innovative and cutting edge technological solutions. 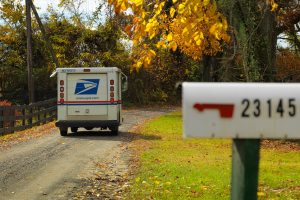 Following a review of the responses to the RFI, 15 suppliers were determined to be prequalified to submit proposals to develop NGDV prototypes. A Request for Proposal (RFP) was issued in October 2015 which included a statement of objectives in response to feedback received from the supplier community and other stakeholders. As part of the process, the potential suppliers were given access to our processing and delivery environment and employees, and then asked to submit proposals that represented their design conclusions concerning the delivery vehicles that would best meet USPS’s organizational needs. Potential suppliers were allowed to submit multiple proposals for consideration.

After a rigorous evaluation process, the Postal Service today awarded contracts to six prime suppliers who together will produce 50 prototype vehicles as part of the next phase of the NGDV acquisition process.

The six selected suppliers include AM General, Karsan, Mahindra, Oshkosh, Utilimaster, and VT Hackney and the contract awards are valued at $37.4 million. The suppliers also have the discretion to team or subcontract with additional suppliers, and it is anticipated some will do so to develop the finished prototypes.

The suppliers will have approximately one year from contract award to develop and produce their prototypes. The Postal Service then plans to test the vehicles during a period of approximately six months in a range of different climates, topography, population centers and delivery environments. The tests will help demonstrate the ability of the proposed designs to meet our operational needs, including the need to deliver to mailboxes across the United States.

With the prototype selection, the Postal Service is also announcing a forthcoming RFP for commercial off-the-shelf, right-hand drive delivery vehicles. The Postal Service seeks to explore a wide variety of available options during this research phase, and will evaluate any commercial off-the-shelf vehicles proposed as a result of this RFP as we continue to assess the delivery fleet mix.

Today’s announcements outline a significant step in the learning and development phase that will lead to a multi-year acquisition process. The lessons learned from this process will help inform the future production program.

Our goal is to obtain vehicles that will help us provide reliable and efficient delivery service for customers and honor our commitment to reducing the environmental impact of our fleet, while meeting the needs of our employees to best do their jobs safely. The Postal Service currently operates a diverse fleet including left-hand drive, multiple sized and alternative fuel vehicles. In addition to the NGDV process and the commercial, off-the-shelf, right-hand-drive RFP, we are deploying commercially-available vehicles including cargo vans and mixed delivery vehicles on an ongoing basis to supplement delivery needs.