A Utah politician says the US Postal Service cost him a primary election win:

State Rep. Mel Brown — who lost his GOP primary by nine votes — asked the Utah Supreme Court on Monday to order the state to count 70 ballots that were never opened because officials say they were mailed too late. 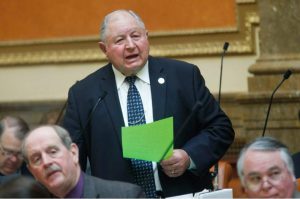 Brown, R-Coalville, contends that U.S. Postal Service practices in rural counties delay postmarks by a day, which he argues unfairly disqualified many ballots. That happens because mail in many of those areas is sent to the Salt Lake Central Post Office, where it is postmarked the next day.