On Monday we reported that the US Postal Service was charging newspaper and magazine publishers less than it actually cost to deliver their publications– to the tune of a half billion dollars a year.

In a statement issued today, The Association of Magazine Media says that isn’t so: 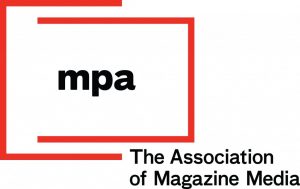 As the President and CEO of MPA – The Association of Magazine Media, I’m writing to respond to the recent article on an alleged “subsidy” from the Federal Government to the magazine industry.

More than 90% of adults in America are avid magazine readers. And we agree that magazines provide incredible value. It is our desire to keep print magazines affordable for subscribers that has caused us to keep a close eye on postage expenses, which are a very significant portion of magazine subscription prices.

I would like to point out several inaccuracies and omissions in the article. While it is correct that as measured by the Postal Service, Periodicals costs currently exceed Periodicals revenue, I would be remiss if I did not point to the Postal Service’s utter failure to control its overhead and expenses as the cause of this shortfall. Unit Periodicals costs as measured by the Postal Service have increased 70% more than inflation over the last three decades. If USPS had held costs to inflation during that period, revenues would easily exceed costs today. Keeping costs in line with inflation should have been easy for the Postal Service, given all of its investments in automation and massive increases in publishers’ worksharing over this period. For example, magazines presented to USPS are now 50% more densely sorted than 20 years ago and the percentage of magazines entered at destination more than doubled over the same period. Both the PRC and Periodicals mailers have questioned for years why USPS has been unable to remove excess capacity and improve productivity for Periodicals. The Postal Service has failed to provide a satisfactory response.

The article offers two explanations for the “subsidy.” It is not accurate to say that one cause is excessive workshare discounts. In fact, for the most densely sorted magazines, those presorted by carrier route, the Postal Service only gives mailers about 60 percent of the savings our worksharing efforts produce for USPS. So the 50 percent increase in carrier route presort over the past 20 years has saved USPS money, not cost it money.

The “subsidy” is also not due to the Educational, Cultural, Scientific, and Informational value of magazines and newspapers. The ECSI “discount,” which has been contained in postal law for decades, has not changed in the years since USPS handling costs have exploded. Periodicals rates have not gone down; in fact they have gone up more than any other market-dominant class over the past 20 years. It is USPS’ costs that have grown out of control.

Finally, we disagree that the Educational, Cultural, Scientific, and Informational value of newspapers and print magazines is no longer of importance. This value remains as relevant today as it has ever been. While there has obviously been an explosion of media content, there is still a key and differentiated role in society for professionally researched, written, edited, produced and curated content. If the Postal Service finally gets serious about improving the efficiency with which it processes magazines, we can have a win-win for publishers and our devoted readers. Affordable postage rates will allow us to continue to deliver the knowledge and pleasure millions of Americans enjoy.