08/01/2016 – The APWU National Executive Board endorsed Hillary Clinton for president by acclamation on July 29, the day after she received the nomination of the Democratic Party.

“We recognize that our members hold a wide spectrum of political views and that not everyone will agree with this endorsement,” said APWU President Mark Dimondstein. “We know that decisions about who to vote for are highly personal and we respect our members’ right to make their own decisions based on the issues that are important to them. 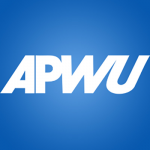 “However, the National Executive Board of the APWU believes Hillary Clinton is the best choice for postal workers in the 2016 race for president.”

Stark Contrast
The contrast between Clinton and Republican Party nominee Donald Trump is stark. The decision to endorse Clinton, the first woman nominee of a major party, was based on several factors.

At its convention, the Democratic Party adopted a platform that includes postal planks advocated by the APWU. “The United States Postal Service (USPS) is a national treasure. That is why Democrats embrace a vibrant, public Postal Service that offers universal service, and reject any effort to privatize or marginalize it,” it says.

In addition, the platform says Democrats will work to restore service to appropriate levels, maintain six‐day and door‐to‐door delivery, and appoint members to the Board of Governors and the Postal Regulatory Commission who champion a strong public Postal Service. The platform also advocates expanding postal services, including offering basic financial services.

After the primaries, Dimondstein and Legislative Director Judy Beard met with senior advisors to Clinton, who assured them the former Secretary of State is committed to these positions.

Over the course of the campaign, Clinton opposed the TPP (Trans Pacific Partnership), a trade deal that has been condemned by the entire labor movement and by environmental groups. She also embraced several other positions the APWU endorses, including a $15 per hour minimum wage. The platform says:

“No one who works full time should have to raise a family in poverty. We believe that Americans should earn at least $15 an hour and have the right to form or join a union.” Clinton has a record in support of collective bargaining and workers’ right to join a union.

She has a strong record of supporting voting rights, and has strengthened her support for making college affordable.

Defeat Trump!
Board members feel it is imperative to defeat Donald Trump, whose campaign is based on bigotry and divisiveness. “Trump’s blatant attempts to incite racial, ethnic, and religious divisions are offensive and dangerous,” said Secretary-Treasurer Liz Powell. “We need unity and solidarity.”

In addition, Trump’s record on issues of importance to working people is dismal. When asked during a Republican primary debate if he was sympathetic to workers demanding an increase in the minimum wage to $15 per hour, he said, “I can’t be.”

Trump refused to complete an AFL-CIO candidate’s questionnaire, which included several questions about the Postal Service.

Despite his alleged affinity for working people, Trump’s actions reveal his true stance: He refuses to recognize the union that workers at his Las Vegas hotel voted for, and he supports anti-union state laws.

Salute to Sanders
The National Executive Board praised Sen. Bernie Sanders, whose historic campaign was instrumental in advancing many of the policies that are now being advocated by the Democratic Party. The board endorsed Sanders in the primary because he is a proven champion of postal workers and the public Postal Service and because of his long-standing leadership on other issues of importance to workers.

Delegates to the APWU National Convention, which is the union’s highest governing body, will vote on the endorsement in Orlando, FL, Aug. 22-25.