Hope that a work stoppage at Canada Post could be avoided for at least one more month faded Friday as a proposed truce fell apart over what the union called a “poison pill” from the Crown corporation. 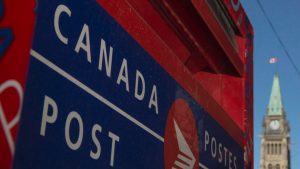 The Canadian Union of Postal Workers, facing being locked out by their employer on Monday, and Canada Post were both ready to agree to a 30-day cooling off period that would keep packages and mail moving under the old contract and let negotiations continue without the threat of a work stoppage.

But Canada Post said it was willing to continue bargaining for another month only if the union agreed to binding arbitration in the event a deal could not be reached — a proposition CUPW had previously rejected.