Rockland County District Attorney Thomas P. Zugibe, together with Angel M. Melendez, Special Agent in Charge of ICE- Homeland Security Investigations in New York, today announced the indictments of Lawrence Lazard (DOB 07/06/87) of 229 Route 202, Apt. 3N, Haverstraw, New York and Fabrice Stinfil (DOB 08/31/95) of 5 George St., Apt.9, Spring Valley, New York for their roles in the theft of approximately $250,000 from multiple banks and their customers by depositing dozens of altered U.S. Postal Service money orders. The defendants are charged in a Rockland County Court indictment with two counts of Grand Larceny in the Third Degree and 25 counts of Criminal Possession of a Forged Instrument in the First Degree (Lazard) and Grand Larceny in the Fourth Degree and Criminal Facilitation in the Fourth Degree (Stinfil).

The charges arise from a joint investigation by the Rockland County District Attorney’s Office’s Special Investigations Unit, the U.S. Department of Homeland Security and the United States Postal Inspection Service.

“These defendants allegedly played a role in a two-state crime spree that resulted in the hundreds of thousands of dollars in fraud,” said District Attorney Zugibe. “With gang members now using oldfashioned deception to cheat banks, law enforcement agencies at all levels are coming together to fight back. The Rockland County District Attorney’s Office will continue to aggressively prosecute con artists and bring them to justice.” 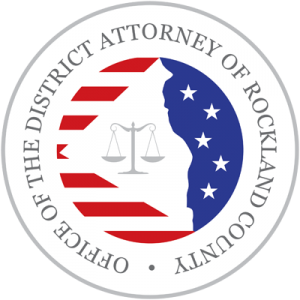 “Lazard is alleged to be a gang member and major player of a group that fraudulently altered money orders and used stolen checks to the tune of over $300,000 dollars” said Angel M. Melendez, special agent in charge of Homeland Security Investigations in New York. “This crime spree has affected 14 different financial institutions in and around Rockland County and shows that street criminals are getting creative on how they steal money. HSI is up to the challenge to uncover these schemes and put those that perpetrate them, in jail where they belong. Stinfil is alleged to have facilitated Lazard to commit part of the overall crime, and to have also stolen money from a bank based upon this fraud.”

Lazard is believed to have played a major part in the depositing of more than 300 altered money orders into dozens of bank accounts at various branches in Rockland and Orange counties in New York and Bergen County in New Jersey. The financial institutions impacted by the scam included Sterling National Bank, First Niagara Bank and Capital One Bank, with a total exposure of more than $300,000 in losses. Here, the indictment accuses Lazard of himself depositing 25 money orders into five different bank accounts, with a total exposure of $25,000 and an actual theft of approximately $20,000.

According to the charges, Lazard deposited the altered United States Postal Service Money Orders into the bank accounts and then withdrew the money prior to the fraud being detected by the banks or the USPS. The money orders were altered by the pasting of photocopied larger-dollar amounts over the smaller-dollar amounts printed on actual USPS Money Orders. The pasted portions were comprised of words, symbols and numbers, such as “$1000” and “One Thousand Dollars & 00c” and were pasted over actual USPS Money Orders actually valued at $1.00, $2.00 and/or $3.00.

Other than Anthony Lauture’s Sterling National Bank account, the accounts had no other deposits of legitimate value beyond the approximately $20-$50 used to open the account. The deposits and many withdrawals by Lazard are all captured and preserved on bank video. Stinfil facilitated Lazard to commit a crime by opening a bank account at First Niagara Bank, turning the debit/ATM card and PIN over to Lazard, who then deposited altered USPS Money Orders into Stinfil’s account. On various dates, Stinfil and Lazard withdrew more than $1000 from the account that was only comprised of the illegitimate funds made up by the altered USPS Money Orders.