The Kitsap Sun reports that a letter carrier in Bremerton Washington apparently refuses to enter legal marijuana shops in the town to deliver mail: 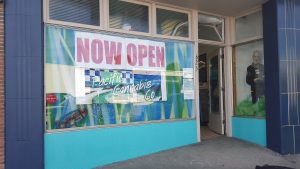 Operators of two recreational marijuana stores on Callow Avenue — Pacific Cannabis Co. and The Reef — say they’ve had trouble getting mail delivered to their shops in the past month, since a new U.S. Postal Service worker took over the route. They say the carrier frequently refuses to enter their stores and won’t drop off mail unless an employee comes outside to collect it. They noted the same carrier routinely walks inside surrounding businesses to deliver and pick up mail.

Pacific Cannabis owner Kathy Hartwell provided security footage to the Kitsap Sun that shows the carrier handing a package to a bewildered customer on the sidewalk in front of the store instead of carrying it inside.

A USPS spokesperson told the paper that the agency’s policy was to treat legal marijuana in the same way as any other business, and that the carrier had been instructed to do so. Despite that assurance, the shop owners say they still aren’t getting their mail delivered.

Source: Some pot shops not getting mail delivered to stores