The customer inquired about a Priority Mail Express package due to arrive that day. Since the package had not arrived yet, Haynes asked the man where the parcel was addressed so it could be held for pickup. 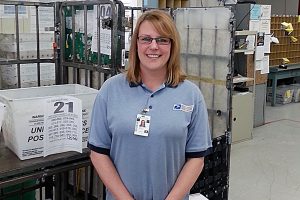 After the man answered, Haynes became suspicious as that address did not receive street delivery. Shortly thereafter, Haynes phoned the residents who said they weren’t expecting any packages.

Authorities were informed and later detained two men who returned to the Post Office to retrieve the packages, which contained high-end clothes that were purchased with an identity theft victim’s credit card.