Washington, D.C. –As a new tide of voter disenfranchisement rises across the country, Sen. Ron Wyden, D-Ore., today announced a new campaign to expand an Oregon-style vote-by-mail program nationwide and tear down barriers to voting. 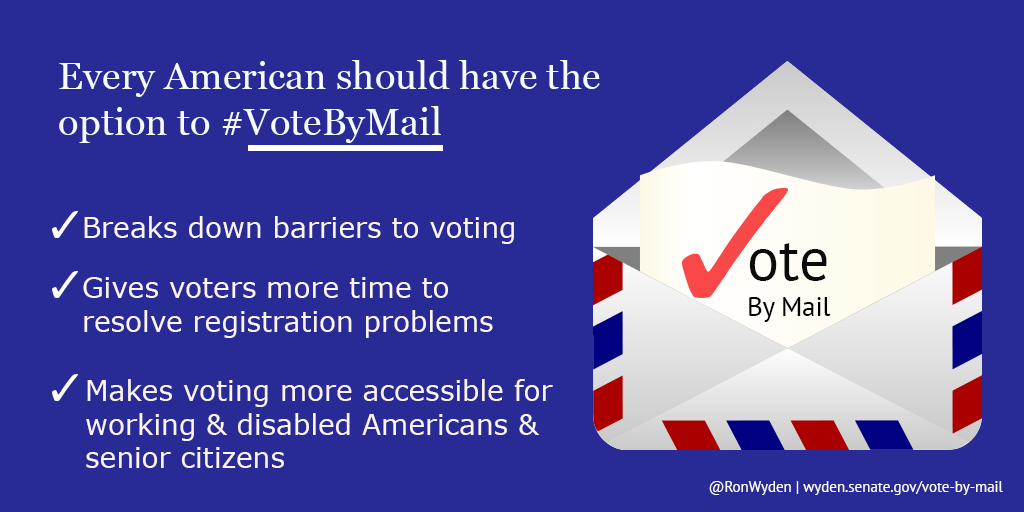 “My home state of Oregon has led the nation in making voting more accessible. No one has to take time off work just to exercise his or her constitutional rights,”Wyden said. “My proposition is the rest of our country should follow Oregon’s lead and offer all voters a chance to vote by mail.”

Voters across the country have faced unreasonable delays and new obstacles to voting. This year alone: some voters in Arizona waited in line for up to 5 hours, New York is investigating why 126,000 voters were purged from voting rolls, Rhode Island slashed the number of polling places by two-thirds and 17 states have added new voting restrictions.

In 2010, he introduced the Universal Right to Vote By Mail Act, which sought to end the restrictions that many states impose on a person’s ability to vote absentee, such as the requirement of a doctor’s note or a notarized statement.

Oregon became the country’s first all-vote-by-mail state in 2000, and since then, has consistently ranked among the states with highest voter-turnout in the nation. Oregon voting rates are especially high among young voters and in midterm elections, when turnout traditionally lags. Oregon’s vote by mail law has deterred voter fraud by implementing security measures such as a signature authentication system. Oregon’s system also prevents potential fraud by centralizing ballot processing in the county clerk’s office, rather than at various polling sites.

Vote by mail also has been shown to reduce election day costs by eliminating the need to transport equipment to polling stations and to hire and train poll workers.