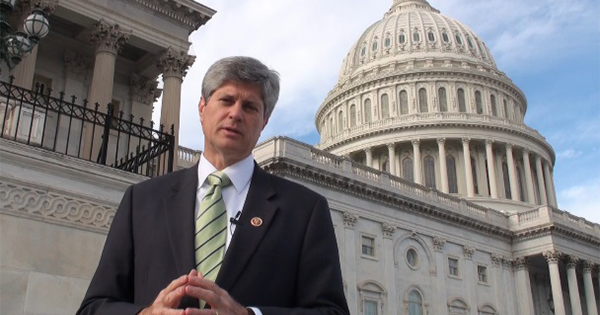 Fortunately, through social media, email, and other forms of communication, a reasonable crowd attended the town hall. However, a similar problem occurred to a friend of mine, who stopped me to tell me about his own event, complaining that his invitations had never been received even though they had been mailed well in advance. I hear stories like this over and over again.

For the most part, my encounters with the United States Postal Service (USPS) in Nebraska, on my personal time or through my office, have been quite good. I have always found persons with the post office eager to help, professional, and kind. Unfortunately, something has gone wrong with the process of late. Prescription drugs are late, bill payments are late, and personal correspondence is late. One person told me about the delay in receiving their heart medication, forcing them to seek pharmacy help until their mail-order prescription arrives. The complaints keep coming. The disruption is real, along with the long term negative impact on the USPS.

I suspect the root cause of the problem has been the consolidation of mail processing in Omaha. Several local plants have closed. Even a letter going across Lincoln now has to go through Omaha first. According to postal delivery standards, first class letters, packages, and bulk mail dropped off in the communities of Lincoln, Norfolk, Columbus, Bellevue, and Nebraska City should be delivered in two to three days. In some cases, it is taking five to ten days. There are similar delays with first class mail in Platte and Madison counties as well. Years of declining mail volume likely triggered the changes that caused these disruptions. While I shared my concerns with the Omaha processing facility in 2015, the situation has not improved, despite a subsequent letter to the Postmaster General in Washington.

I have requested that the USPS Inspector General intervene and analyze the problems with the mail system in Nebraska. The goal is not to play the typical Washington blame game but to fix troubling mail mishaps. Not conforming to delivery standards could make the USPS less competitive, further reducing the customer base of the postal service. You deserve the highest level of service and my hope is to help the post office retain the reputation it has earned.

The USPS has been under financial stress for many years due to a variety of factors. Tension exists between the necessary movement toward efficiency and consolidation, the declining use of services, and the constitutional dictate that the USPS deliver mail across the country. One problem for us is that rural communities can become the easiest target for post office closure. But in many of these places, post offices are not only hubs to send and receive mail—they are reinforcement centers of American society. The USPS has enacted some reforms, for example embedding post offices in retail structures. Rethinking government with an entrepreneurial spirit aimed at facilitating social vibrancy could help post offices co-join with other community services.

By consolidating processing plants in Omaha to cut costs, the postal service’s reputation has suffered through a deteriorating service model. Until this year, I rarely received complaints about the mail. Nebraskans value the postal service, and the postal service personnel I know reflect a genuine professionalism and spirit of public service. However, our state deserves a postal service undiminished by utility considerations that damage mail delivery standards. Since post offices are often centers of American community life, there is a balance between retaining the connection to community while enhancing operating efficiencies.

Write me a letter and tell me what you think!