ARVADA, Colo. (CBS4) – A man has been charged in connection with a Postal Service mailbox that was destroyed by a pipe bomb in Arvada last week. 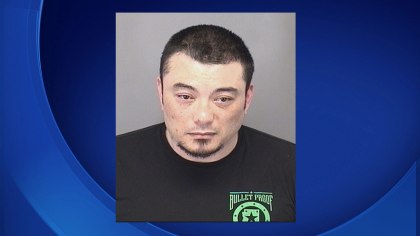 According to the arrest affidavit, John Henry Bowman, 45, admitted to blowing up a mailbox located in a parking lot on the 9500 block of Ralston Road with a pipe bomb.

Officers executed a search warrant for Bowman’s residence and took him into custody where he admitted to destroying the mailbox with a pipe bomb.

“During the interview Bowman admitted to making a pipe bomb and filling it with gun powder. He stated he put a cannon fuse in the pipe and walked to the mailbox,” the arrest affidavit states. “Bowman went on to state that he lit the fuse and placed the device in the mailbox.”

Bowman told authorities he did it to impress his girlfriend.

“When asked why he did this, Bowman stated that he wanted to impress his girlfriend, Tasia Losli, because she wanted to hear a ‘loud boom.’ Bowman also stated during the interview that he ‘blew up a mailbox’ and it was ‘stupid’ to do so,” according to the arrest affidavit.

Bowman appeared before a judge Monday afternoon to be advised of the charges. He remains in custody and is scheduled for a detention hearing later this week.

Losli has not been charged.