WASHINGTON — A dramatic photograph of the interior of Carlsbad Caverns was previewed today as the fifth of 16 Forever Stamp images to be revealed over a three-week period to celebrate the National Park Service’s 100th anniversary.

Carlsbad Caverns National Park, NM
The stamp image is a photograph by Richard McGuire of the interior of the caverns. High ancient sea ledges, deep rocky canyons, flowering cacti and desert wildlife are all treasures above and below the Chihuahuan Desert ground. Carlsbad Cavern is one of more than 300 limestone caves in a fossil reef laid down by an inland sea 240 million to 280 million years ago. Visit this link for more information. 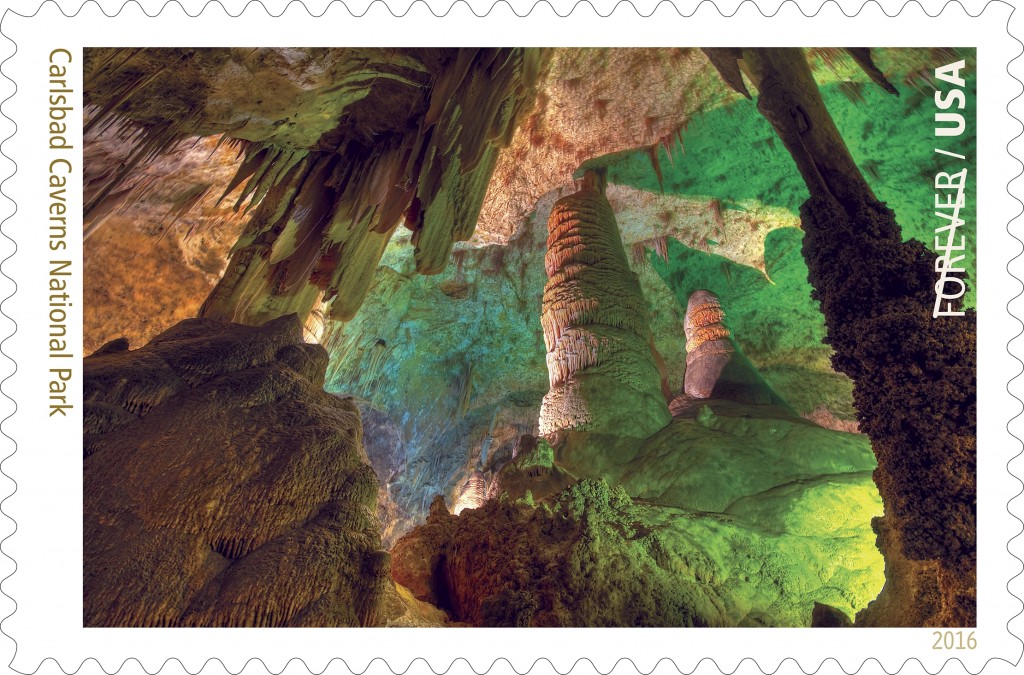