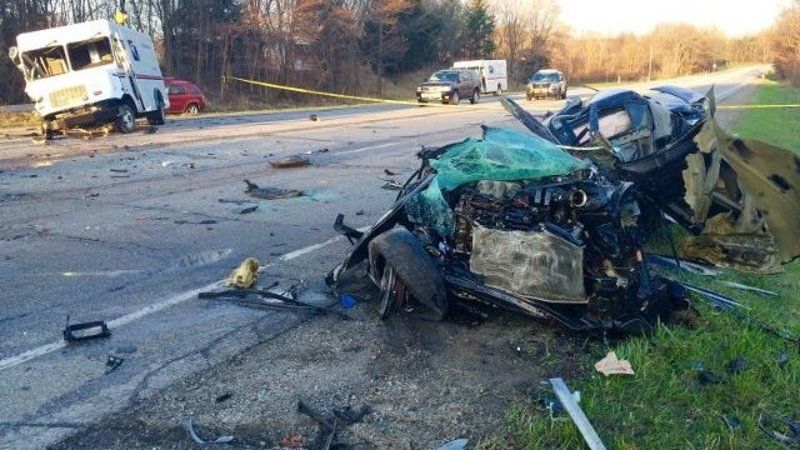 Police said his vehicle matched the description of a car that was previously reported as being driven recklessly. His blood alcohol level was measured at .27 percent, police said. Moormann’s eastbound car collided with a westbound United States Postal Service truck that was being delivered and was one of seven traveling in a caravan west on U.S. 20, police said.

A second postal vehicle was forced off the roadway and into a field and a third truck was struck and damaged. None of the USPS vehicles were carrying mail. The drivers of the postal trucks were not transported to the hospital, but did complain of minor pain.