The US Postal Service took in almost a quarter billion dollars more than it spent in the month of February, bringing its year to date operating profit to $1.8 billion for the first five months of the fiscal year, according to preliminary, unaudited reports filed with the Postal Regulatory Commission. That compares favorably to the $1.2 billion profit the agency had at this point a year ago. 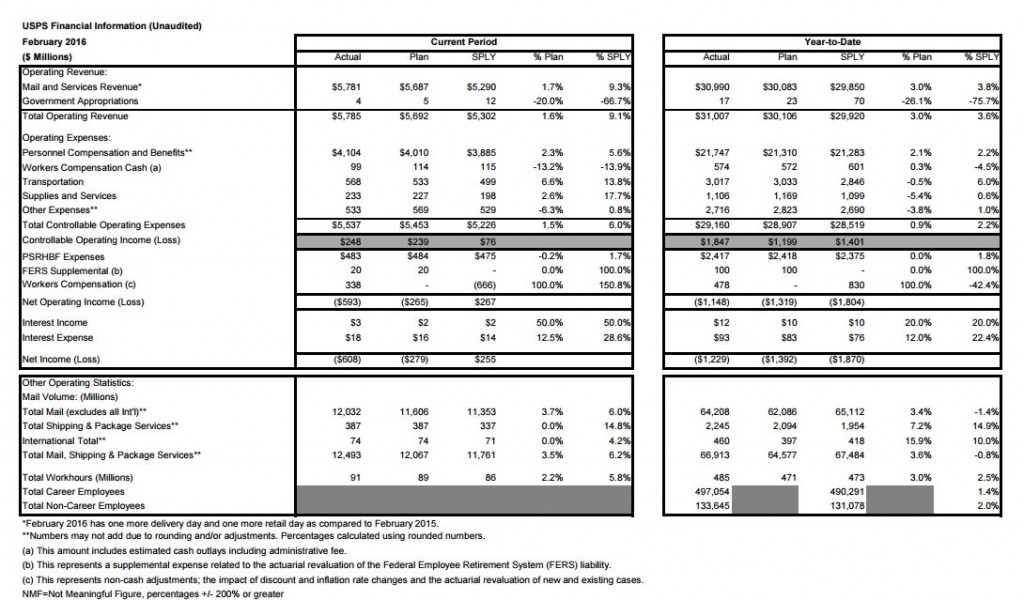 Shipping and Package Services volume was up 15%, while revenue from that sector increased by 20% for the month.

Employee work hours increased by 6.3% in February. Roughly half of that increase was due to the extra delivery and window service day caused by this being a leap year.

Despite all of the positive numbers, the USPS will end up reporting a loss for the month on its books, due to non-cash bookkeeping entries required by the 2006 PAEA law. Even though no money will actually change hands, those paper adjustments will convert the profit to a $608 million loss for the month, and a loss of $1.2 billion for the year to date.