NEW YORK CITY — The U.S. Postal Service rang in the Lunar New Year by issuing the Year of the Monkey Forever stamp today.

The official first-day-of-issue dedication ceremony took place in the D’Angelo Center at St. John’s University – Queens Campus in Jamaica, N.Y. Use the hashtag #LunarNewYear to share the news on social media.

Year of the Monkey is the ninth of 12 stamps in the Celebrating Lunar New Year stamp series. It is being issued as a souvenir sheet of 12 self-adhesive Forever stamps. As a Forever stamp, it will always be equal in value to the current First-Class Mail one-ounce price.

“For millions of people, here and around the world, the Lunar New Year is one of the most popular and exciting holidays of the year,” said USPS Vice President Northeastern Area Operations Richard P. Uluski, in dedicating the stamp. “For 123 years, our commemorative stamp program has celebrated the cultures of people from around the globe — that together reflect the rich and complex heritage of America.”

The Postal Service introduced its Celebrating Lunar New Year stamp series in 2008. The series will continue through 2019 with stamps for the Year of the Rooster, Dog and Boar.

Art director Ethel Kessler worked on the series with illustrator Kam Mak, a Hong Kong-born artist who grew up in New York City’s Chinatown. The stamp artwork focuses on some common ways the Lunar New Year holiday is celebrated. The Year of the Monkey illustration — originally created using oil paints on panel — depicts two red-orange peonies against a purple background. Peonies symbolize wealth and honor in Chinese culture and often decorate the sides of traditional drums played during the holiday festivities.

“The peony painting was inspired by three Chinese peony trees I have in my own garden,” said Mak. “It is a popular flower that is rich in holiday symbolism. I hope the painting will evoke a sense of renewal and the coming of spring.”

Celebrating Lunar New Year
The Year of the Monkey begins Feb. 8 and ends Jan. 27, 2017. The monkey is one of the 12 zodiac animal signs associated with the Chinese lunar calendar. According to legend the animals raced across a river to determine their order in the cycle.

People born in the year of a particular animal sign are said to share characteristics with that animal. Individuals born during the Year of the Monkey are said to be clever, wise and honest.

The Lunar New Year is one of the most important holidays for many Asian communities around the world. Images associated with some of these widespread customs are depicted in the Celebrating Lunar New Year series.

The occasion is marked in various ways across cultures. Parades feature enormous and vibrantly painted papier-mâché dragons. Musicians play drums, often decorated with peonies like those depicted in the stamp art, to celebrate this time of renewed hope for the future, with drumsticks sometimes painted red for luck. Many families present red envelopes containing money to children and loved ones. People eat foods that bring good luck, such as kumquats and rice cakes, and hang festive lanterns as decoration.

Ordering First-Day-of-Issue Postmarks
Customers have 60 days to obtain the first-day-of-issue postmark by mail. They may purchase new stamps at local Post Offices, at The Postal Store at usps.com/shopor by calling 800-STAMP-24 (800 782-6724). They should affix the stamps to envelopes of their choice, address the envelopes (to themselves or others) and place them in larger envelopes addressed to:

After applying the first-day-of-issue postmark, the Postal Service will return the envelopes through the mail. There is no charge for the postmark up to a quantity of 50. There is a 5-cent charge for each additional postmark over 50. All orders must be postmarked by April 5, 2016.

Ordering First-Day Covers
The Postal Service offers first-day covers and Postal Service stationery items postmarked with the official first-day-of-issue cancellation. Each item has an individual catalog number and is offered in the quarterly USA Philatelic catalog, online at usps.com/shop or by calling 800-782-6724. Customers may request a free catalog by calling 800-782-6724 or writing to:

Philatelic Products
There are nine philatelic products for the Year of the Monkey issue: 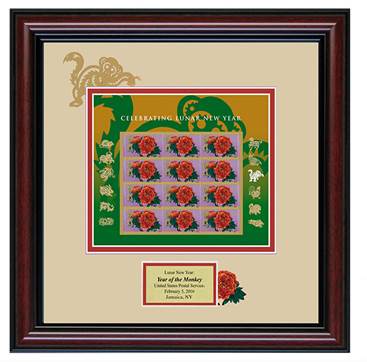 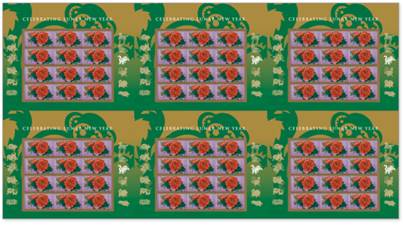 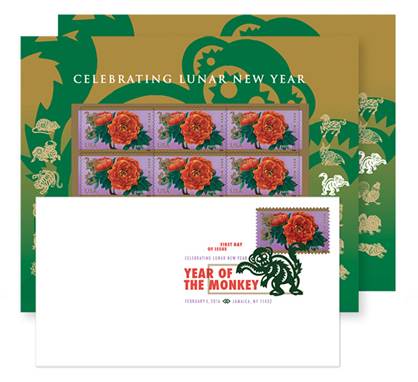 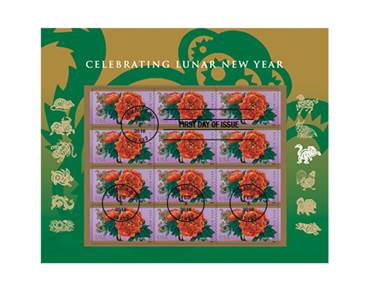 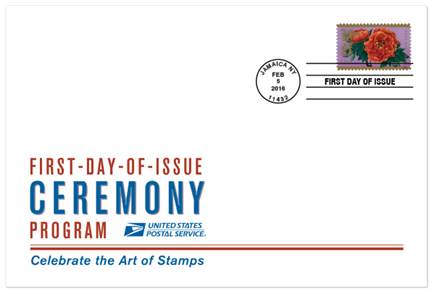