SANTA FE, N.M. — A Raton man who maintained federal agents were following him faces a federal charge for striking a mail carrier in the head with a brick last month, resulting in serious injuries for the postman that included severed vertebrae and paralysis of the left side of his body.

Cody Martinez, 29, of Raton, N.M., who is charged with assaulting a federal employee, was ordered detained pending trial during a hearing earlier today in federal court in Albuquerque, N.M.  The federal charge against Martinez and the order of detention was announced by U.S. Attorney Damon P. Martinez, 8th Judicial District Attorney Donald Gallegos, and Inspector in Charge Keith Fixel of the Phoenix Division of the U.S. Postal Inspection Service. 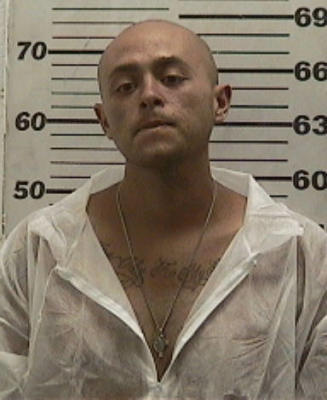 Cody Martinez was arrested on Jan. 29, 2016, on the federal criminal complaint for allegedly assaulting a U.S. Postal Service (USPS) letter carrier on Jan. 20, 2016.  According to the criminal complaint, Martinez allegedly struck the victim in the back of the head with a brick while the victim was delivering mail in Colfax County, N.M., on Jan. 20, 2016.  Martinez was apprehended shortly thereafter as he allegedly attempted to flee from law enforcement officers.  The victim allegedly sustained serious injuries as a result of the assault.

Martinez was arrested on Jan. 20, 2016 on local charges filed by the 8th Judicial District Attorney’s Office.  Those charges were dismissed in favor of federal prosecution. If convicted on the federal assault charge, Martinez faces a statutory maximum penalty of ten years in federal prison.  Charges in criminal complaints are merely accusations and defendants are presumed innocent unless found guilty in a court of law.This case was investigated by the U.S. Postal Inspection Service and the Raton Police Department, with assistance from the 8th Judicial District Attorney’s Office.  Assistant U.S. Attorney Presiliano Torrez is prosecuting the case.

Read more on this story at the Albuquerque Journal