At sentencing, Judge Koh noted that as a sworn federal officer, Howard abused his position of trust, and that he obstructed justice when he interfered with the investigation into his criminal activity by attempting to influence or tamper with witnesses. Judge Koh set a hearing to decide restitution and any fine for March 16, 2016. She ordered Howard to begin serving his sentence on March 17, 2016. 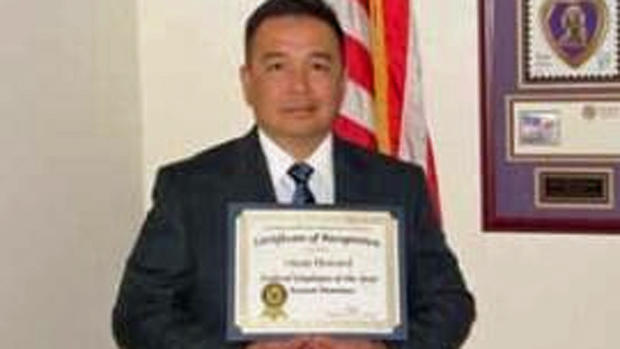 According to court documents, on June 26, 2014, following an investigation and the execution of a search warrant at his house and office, Howard was arrested and charged with theft of mail. He pleaded guilty to the charges on July 22, 2015.

According to the plea agreement, between late 2010 and June 25, 2014, Howard unlawfully opened and stole United States mail that contained quantities of prescription drugs. He also possessed a variety of items that had been stolen from the mail distribution center including: a gun scope, a silver bar, jewelry, coins, gift cards, a gun silencer, a Rolex watch and other items. Howard also possessed over eight kilograms of marijuana with the intent to distribute. During this period, to conceal his theft and trafficking, Howard falsified postal records and disabled a surveillance camera at the distribution center.

After Howard was arrested and released on bond, he attempted to obstruct justice. On July 2, 2014, Howard contacted a former USPS employee whom he had supervised and attempted to influence the employee’s testimony with instructions regarding what to remember about Howard’s prior supervision. In addition, Howard repeatedly contacted one of his former supervisors in an attempt to obtain her support for his false explanation of his possession of stolen property.

U.S. Attorney Wagner stated: “We are grateful for the assistance of the U.S. Postal Inspection Service in securing justice in this case. Mr. Howard violated the law, victimized postal customers, and endangered the critical trust between law enforcement and the community. We will continue our efforts to nurture that trust by working with our law enforcement partners to vigorously investigate and prosecute such cases.”

“When the USPS OIG receives these types of complaints, we take them very seriously and investigate them to their fullest. This sentencing serves as a deterrent to employees who think this type of behavior is acceptable and may be willing to compromise the integrity of the mail or their responsibility as a Postal Service employee,” says Special Agent in Charge Curtis Lembke.

U.S. Postal Inspection Service Special Agent in Charge Rafael E. Nunez stated: “It is disheartening to see a Postal Inspector accused and convicted of violating laws they were sworn to uphold, but it is reassuring that justice has been done today. Howard’s actions should not diminish the fine work the men and women of the U.S. Postal Inspection Service do every day. We will continue to work with honor and integrity in a steadfast effort to maintain the safety and security of the U.S. Mail.”

This case was the product of an investigation by the United States Postal Service Office of Inspector General. Assistant United States Attorney Michelle Rodriguez, of the Eastern District of California, is prosecuting the case. Because Howard was a postal inspector who investigated cases in the Northern District of California, the U.S. Attorney’s Office for the Northern District was recused from this case. The case was heard in the U.S. District Court in San Jose.