After months of refusing to provide documents subpoenaed by the National Labor Relations Board (NLRB) and the APWU, the USPS and Staples produced a mound of paperwork on Oct. 20, less than two weeks before a hearing scheduled for Nov. 2.

Rather than address the core of the complaint – that the Postal Service illegally subcontracted work to Staples – the Nov. 2 proceedings are now expected to be dominated by more wrangling over the subpoenaed evidence. The first days of hearings, Aug. 17 and 18, also were dominated by legal maneuvering. 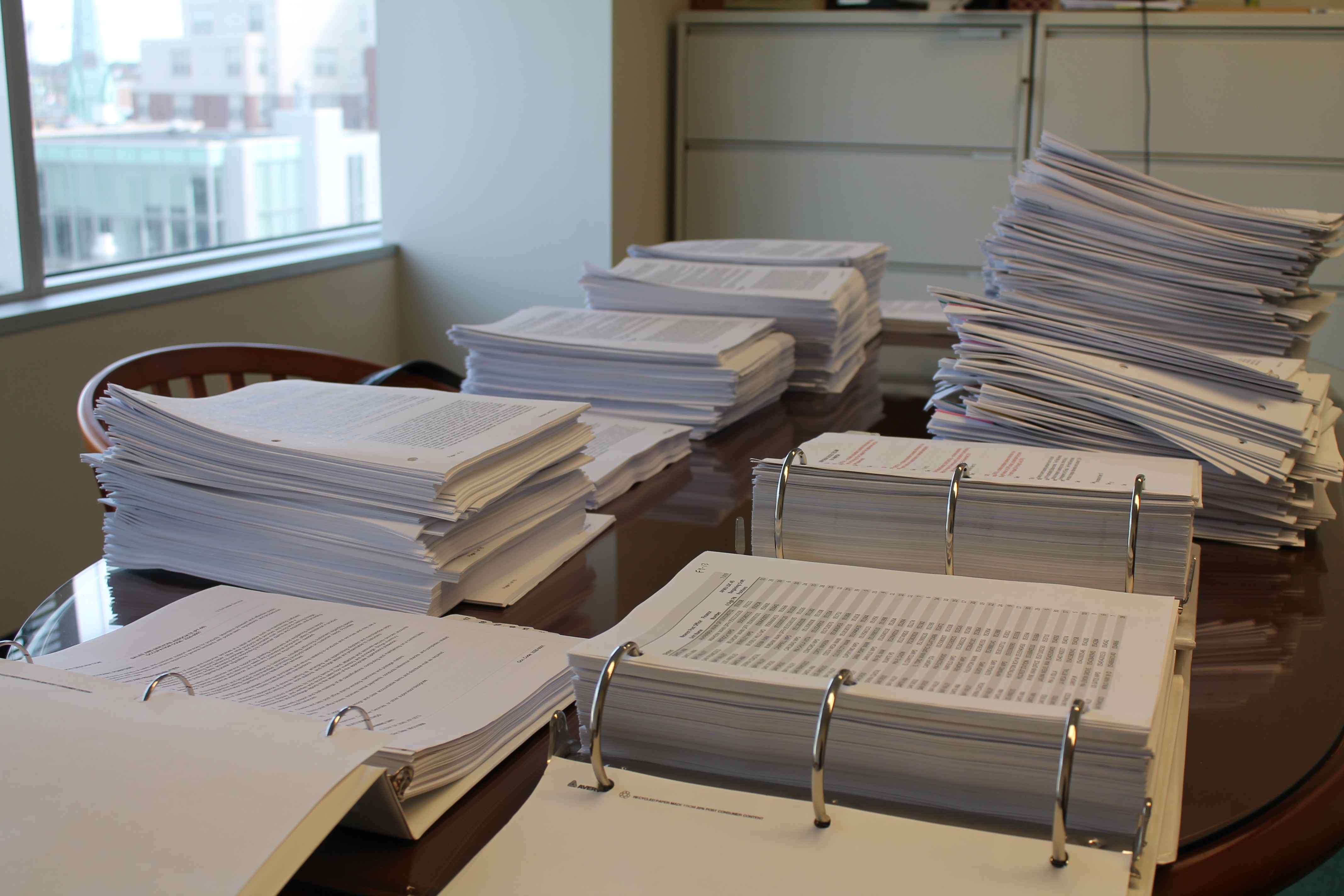 In response to subpoenas, the USPS and Staples inundated the NLRB and APWU with thousands of documents on Oct. 20.  The Postal Service provided the NLRB with more than 90,000 records and withheld thousands more it deemed covered by attorney-client privilege. In addition, the Postal Service withheld approximately 28,000 documents that management designated “confidential,” in a log that is 411 pages long.

A smaller but still staggering number of documents were given to the union.

“We’re pleased we were finally able to drag the documents out of them,” said APWU President Mark Dimondstein. “It will take some time to sort through them, but the Postal Service and Staples cannot avoid getting to the heart of the matter indefinitely,” he said. “The charges have merit and we intend to see that they are heard.”

All allegedly confidential documents will be made available to the NLRB and the APWU on Nov. 2, except those management claims are covered by the attorney-client privilege. The NLRB and APWU have the right to challenge the confidentiality designations and are expected to do so regarding at least some of the material.

The USPS also has retrieved approximately 28,000 emails that it must provide to the APWU as part of a settlement of allegations that management failed to turn over information about the end of the initial Staples pilot and its participation in the Approved Shipper Program. The USPS claims that it will send the emails soon, but has yet to do so, allegedly because of technical glitches.

“In the meantime, teams of APWU members, retirees, and supporters are continuing to spread the message far and wide: The U.S. Mail is Not for Sale! Boycott Staples and Quill.com!”