When Senator Tom Carper unveiled his latest postal reform bill, one of the more controversial items was the provision that established a separate health insurance pool for current and former postal workers, along with the requirement that postal retirees enroll in Medicare when they become eligible. At the time, the National Association of Letter Carriers President Fred Rolando released a statement calling the bill “a good place to begin the conversation” about preserving the USPS. Rolando noted, however, that the bill included “several provisions we cannot support and raises a number of serious concerns for letter carriers and the larger federal employee community”.

Rolando’s statement didn’t specify which provisions he had a problem with, but it’s clear now that the redesign of the health insurance program wasn’t one of them. A little noticed, unsigned article in the union’s official magazine, the Postal Record, makes it clear that the union whole heartedly supports the change. It even quotes Rolando as saying “It’s a proposal that NALC was instrumental in developing”. 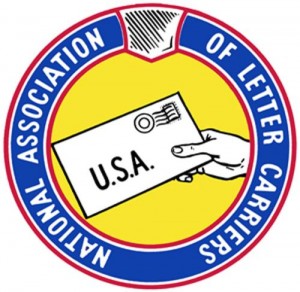 Although work remains to be done on key issues, such as adjusting postage rates and service standards,there is broad agreement on the most important financial problem facing the Postal Service: how to alleviate the crushing burden to pre-fund decades of future retiree health benefits. The industry has coalesced around the idea of full Medicare integration for health plans that cover postal employees and postal annuitants in the Federal Employees Health Benefit Program (FEHBP)—that is, implementing a requirement that postal annuitants enroll in Medicare Parts A and B when they reach age 65, and requiring FEHBP plans covering postal employees to adopt drug plans made possible by the Medicare Part D program.

This approach would not only largely resolve the pre-funding requirement that is hindering USPS finances, it also would reduce FEHBP health insurance rates for all active and retired letter carriers as part of the bargain.

“It’s a proposal that NALC was instrumental in developing,” President Rolando said. Indeed, the basic outlines of the proposal were carefully crafted by the NALC and the USPS by the health care task force established by the 2013 Das award. “We have agreed on the major provisions of this plan, but we are taking a cautious approach to it to make sure that any legislation takes into account the best interests of the Postal Service, letter carriers and other postal workers.”

According to the proposal, the Office of Personnel Management would create a postal-only health benefit program within FEHBP. These postal plans would be rated and priced separately from the plans covering other federal employees, with rules on Medicare enrollment that would apply only to the postal plans. Postal retirees covered by these postal plans would be required to enroll in Medicare Parts A and B when they reach age 65. In addition, the postal FEHBP program would embed low-cost drugs made possible by the Medicare Part D program.