Police say an upstate New York letter carrier with one day left until retirement ended up in the hospital Thursday after his mail truck was rear-ended by a car driven by an 86 year old man.

Gordon Haight, 66, with over 20 years  working at the Fredonia NY post office,  was taken to Brooks Memorial Hospital in Dunkirk for what appeared to be minor injuries. 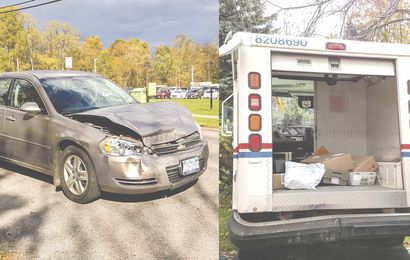 A car reportedly driven by Walter Tylock, 86, of Seymour Street collided with the rear of the postal vehicle, causing damage to both vehicles. Tylock’s vehicle was towed away from the scene. No charges were filed. Sources at the scene stated Thursday was Haight’s second-to-last day before retirement. A representative from the Fredonia Post Office declined to comment.