The driver of a semi truck that was heavily damaged by a waterspout that came onshore at the Sunshine Skyway Bridge on Sunday said he’s “a little bruised” but lucky to be alive. 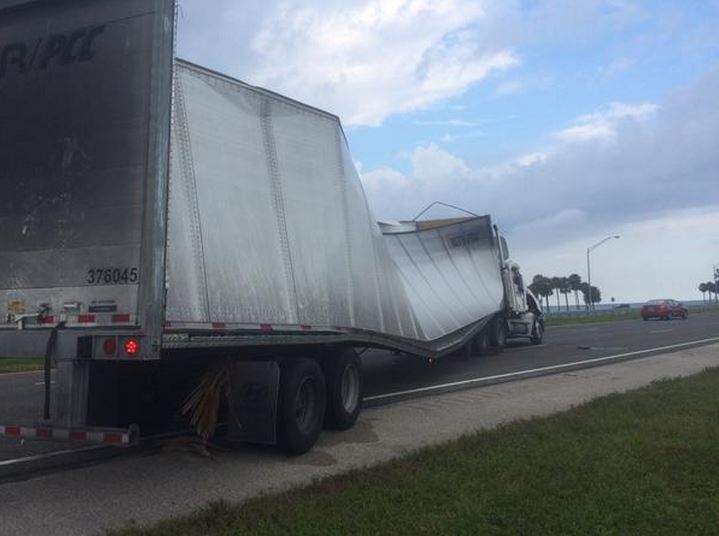 Randall Leaver, 56, of Wesley Chapel, was driving a semi truck carrying freight for the U.S. Postal Service around 9:42 a.m. when the waterspout — which was seen on video — crossed over the Skyway.

“All of a sudden, I started feeling this gust of wind and I thought, ‘oh no, is this what I think it is?’ “ Leaver said this morning in an interview with ABC’s “Good Morning America.”

The funnel cloud came across the bridge from east to west as the truck was going north on Interstate 275 near mile marker 7.5, which is closer to the St. Petersburg side of the bridge, according to the Florida Highway Patrol.