JACKSONVILLE, Ala. (WIAT) — Kayla Coffman came to work for the postal service almost 20 years ago because she wanted to have a job that would be more routine and flexible than her previous career.

However, Coffman’s week at the Jacksonville Post Office has been far from routine. She was sitting in her office with a supervisor when she heard the sound of a very young baby crying outside the door. The next thing she heard was someone yelling that the baby wasn’t breathing.

While someone called 911, Coffman started treating the baby.

“In my mind, I’m like, who is this lady who just took my baby from me? Why is the post-lady coming out here and taking my baby?” laughed the infant’s mother, Cassie Newcomb.

But she wasn’t laughing at the time. Newcomb says that she was terrified when a man in line behind her told her that something was wrong with her baby.

“I looked down and she had turned really red and her eyes were wide open,” Newcomb remembered. “She was not even gasping. Her mouth was really closed tight and she couldn’t get any breaths.”

Coffman managed to get the baby to breath again. She and Newcomb cleared the mucus from the baby’s nose and mouth.

By the time paramedics arrived minutes later, the baby was crying. Newcomb tells us that at the hospital, they learned the baby had a lung infection even though she was not exhibiting any other symptoms. 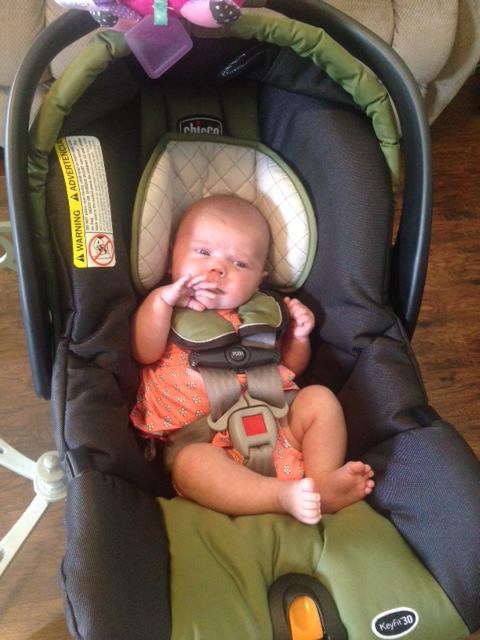