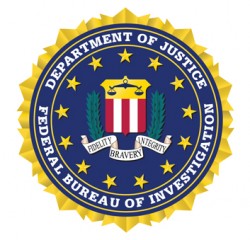 U.S. Attorney Kenneth A. Polite announced that WANDA JAMES, age 46, of Kentwood, was sentenced today after previously pleading guilty to a one-count Bill of Information charging her with making false entries and reports of money belonging to the United States, and in the care, custody and control of the United States Postal Service.

According to court documents, on or about September 10, 2013 through and including on or about February 3, 2014, JAMES, being a Postal Service officer or employee charged with the duty of receiving, holding, or paying over moneys on behalf of the United States, knowingly and willfully made false reports of such moneys. On sixteen separate occasions, JAMES falsely recorded cash purchases of money orders as debit card purchases on her daily financial reports. She did this so she could steal the cash from the money order purchases and conceal the theft by reporting sales as debit card transactions, when, in fact, she well knew that no such purchases had been made. JAMES stole approximately $2,611.61 of United States funds in the custody of the Postal Service.

U.S. District Judge Jane Triche Milazzo sentenced JAMES to 36 months of probation, $100 special assessment, and restitution in the amount of $2,611.61.

U.S. Attorney Polite praised the work of the U.S. Department of Education and the Federal Bureau of Investigation in investigating this matter.  Assistant U.S. Attorney Sharan E. Lieberman was in charge of the prosecution.