Update: Bernie Sanders’ office has declined to comment on whether or not the Senator is blocking the BOG nominations, so it’s a pretty safe bet that he is!

Vermont Senator, and candidate for President, Bernie Sanders has made no secret of his desire to get the US Postal Service to reverse its recent service cuts. But a report earlier this week suggests that the Senator has engaged in an unpublicized effort to cripple the service’s Board of Governors by blocking President Obama’s nominations to the BOG.

Sen. Bernie Sanders, I-Vt., the only 2016 presidential candidate to address postal issues in his campaign, has been acting without public attention on another important postal issue.

The Vermont senator single handily has forced the United States Postal Service board of governors out of business, two individuals familiar with the issue have told Linn’s.

By placing holds on President Barack Obama’s appointments to the board during the past two years, Sanders has allowed the board to shrink to what will be a single presidential appointee as of Dec. 9. 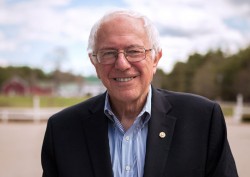 Whether Sanders could actually put the BOG out of business by denying it a quorum is an open question, as Al Urbanski pointed out yesterday in Direct Marketing News. Last December the BOG, while it still had a valid quorum, established a “Temporary Emergency Committee”, made up of the current BOG members, and empowered it to exercise the BOG’s powers whenever a quorum of appointed members was absent.

It is that committee that has been governing the USPS since January.

Exactly what Senator Sanders would hope to achieve by blocking a BOG quorum is unclear. We’ve been in touch with the Senator’s office, but so far have not received any comment on the Linn’s report.

Source: U.S. Postal Service board of governors could shrink to one member by December