ARAPAHOE COUNTY, Colo. – A postal worker was charged with assault Wednesday after a fight while delivering mail to an apartment complex in Arapahoe County.

According to Daphney Bly, a resident at Sienna at Cherry Creek Apartments, she was assaulted while trying to retrieve her mail. Bly was expecting some medication for her Ehlers Danlos Syndrome to arrive. When she checked her box, a postal worker, Tora Wright, was there filling the slots. Bly said Wright told her it would take 30 minutes. Bly says she left and came back, Wright was still there.

“As I was walking past her, she had the panel open,” said Bly. “I saw that it looked like I had a USPS flat-rate envelope.”

Bly said she told Wright that she saw the package. Bly reached for it. That’s when things escalated.

“I reached for my package,” Bly said. “She cursed at me and asked me to get back. So, I did. I stepped back.”

The argument wasn’t over. Bly tried to record the interaction but said Wright grabbed her phone. 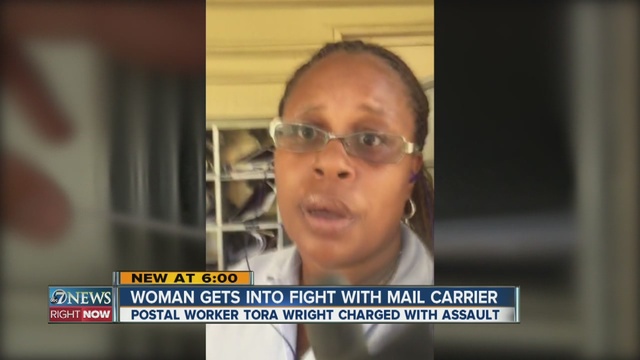