EASTPOINTE, Mich. -A U.S. Postal Service worker was critically injured Wednesday morning when her parked van was struck by another vehicle on 10 Mile Road just west of Gratiot Avenue in Eastpointe.

The worker was alert and talking after being hit. She was not inside the van when it was struck. It was parked on the side of the road and she was outside getting a package.

She was pinned under the car and suffered severe injuries to her legs, her arm and shoulder. Witnesses helped jack up and lift the car to get her out from under it.

She is in critical condition at a hospital. 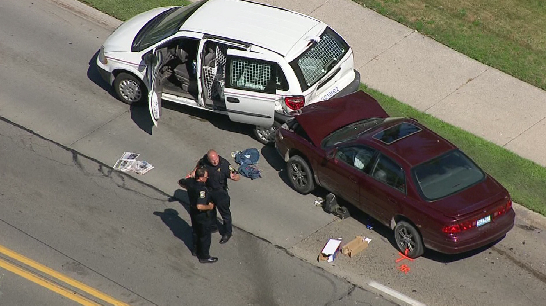