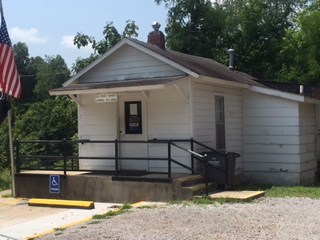 LOWES, Ky. -The Lowes, Kentucky, post office was temporarily closed earlier this month, a spokesperson for the United States Post Office says, because a leaky roof caused water damage the building along with a possible mold problem.

While the lobby’s still open, the Lowes post office has been closed for almost three weeks, and the only thing easing customers’ minds is that they’ve been told it’s a temporary closure.

Vickie Johnson works not 50 yards down the street from the neighborhood post office that she says has been there for years. Johnson says although it’s a small community, Lowes needs a post office. She says many like her were fearful when they first saw it was closed but are glad it’s planned to reopen.

“This time when it shut down it was really scary because we thought that was it,” Johnson says.