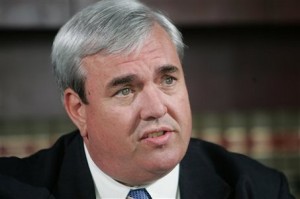 It has been almost five years now since Jack Potter retired as Postmaster General, so you might be surprised to learn that he’s still on the payroll- and he probably made more than you did last year. According to a recent OIG report, Potter was paid $110,625 in “deferred compensation” last year. Deferred compensation is a way of getting around federal executive salary caps- pay in excess of the cap in a given year goes in to a deferred compensation fund, to be doled out after the executive has left the USPS. Potter had over a million dollars accumulated in his fund when he retired. After receiving his payment last year, he has over a half million left. Potter is currently the President and CEO of the Metropolitan Washington Airports Authority, where he is paid a reported $350 thousand a year, with up to a 20% annual bonus.

Potter isn’t the highest paid former USPS exec- that honor goes to Ross Philo. If the name doesn’t ring a bell, it’s understandable- Ross was CIO for just three years, from 2008 to 2011. Despite his brief tenure, he managed to pile up a deferred compensation fund of $642,999 before he left, on top of his regular salary, capped at $230,000. He was paid $150,111 last year, and still has over $450K of USPS customers’ money to look forward to in the coming years.