DOVER, NH (CBS) – A New Hampshire mailman has some explaining to do, after being arrested for allegedly breaking into a house on his route.

The homeowner on Piscataqua Road in Dover recently installed a new security system with motion-sensitive surveillance cameras that send an alert to her phone. On Wednesday morning, she got an alert that someone was inside her house.

When the homeowner, who does not want to be identified, saw the surveillance images, she recognized the man who had broken in and she also recognized his footwear. 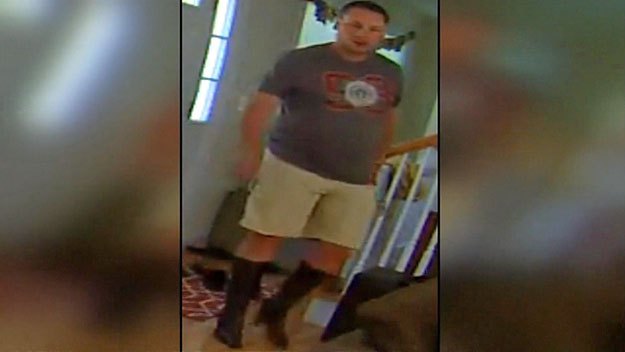