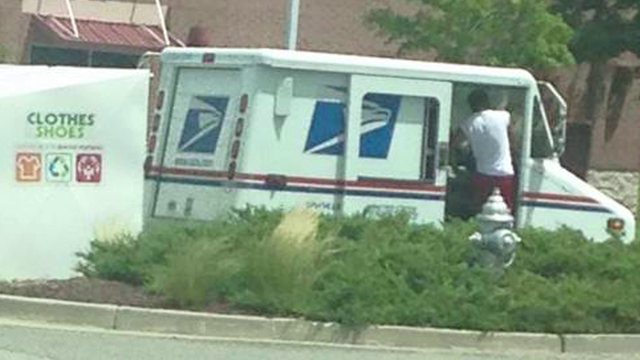 HENRICO COUNTY, Va. — A WTVR CBS 6 viewer said she watched a US Postal Service worker appear to steal toy donations from two Special Olympics Virginia collection bins in Glen Allen Thursday afternoon. Cressa Hughes was driving in the parking lot outside of Pet Smart when she said she noticed a USPS truck backed up to a couple of donation bins. She said she then noticed the driver stand up and look around.

Hughes snapped a picture after she said the man appeared to steal the toys and sent it to CBS 6 asking “is this legal?”