A trade deal the U.S. is negotiating behind closed doors with 50 other countries threatens the future of public- and private-sector services, including the U.S. Postal Service.

Because TISA is shrouded in secrecy, the public has to rely on leaked documents for insight into its provisions. Based on the little information that is available, there is reason for serious concern. 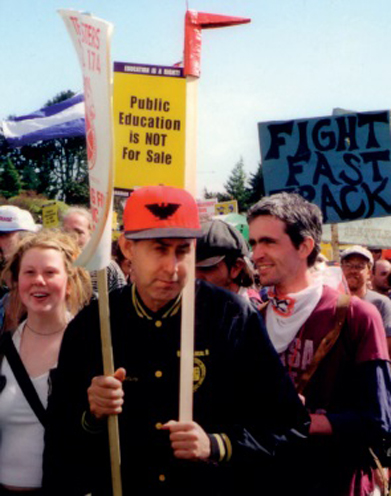 We do know this: TISA regulations would trump the laws of participating nations. That means, for example, that transnational corporations could challenge water quality standards in U.S. cities, municipal zoning laws, worker safety protections, requirements for permits to operate toxic waste disposal services, and regulations on the production and distribution of tobacco and alcohol. Walmart is said to be especially interested in challenging zoning laws that have limited the anti-worker retail giant’s access to non-commercial locations.

The lobbying group Express Association of America, which represents FedEx and UPS, states that TISA “provides an opportunity to review the postal policies of the negotiating partners.”

According to the lobbying association, TISA is expected to: 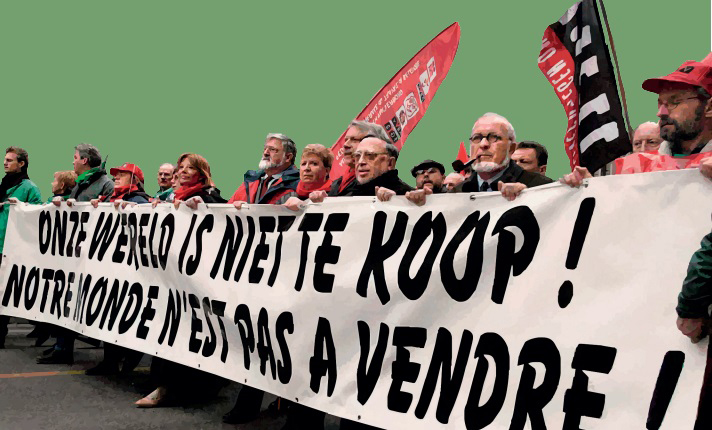 Marchers protest the General Agreement on Trade Services, which has the same negative effects as TISA. The banner says, “Our world is not for sale”

Even more disturbing, if public services are ever privatized, TISA would prevent governments from returning them to the people, even if privatized services fail.

According to Public Services International (PSI), a global labor federation of public-sector unions, TISA seeks to further deregulate financial markets. This means that in the aftermath of the financial crisis, Wall Street fat cats would have even fewer restrictions on the way they do business.