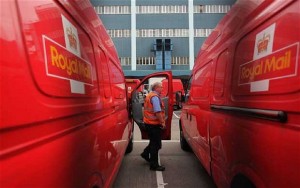 Ofcom has today announced a fundamental review of the regulation of Royal Mail.

The review will ensure regulation remains appropriate and sufficient to secure the universal postal service, given the recent withdrawal by Whistl from the ‘direct delivery’ letters market, which has resulted in Royal Mail no longer being subject to national competition.

Ofcom established a regulatory framework for Royal Mail in 2012 that ensured UK consumers and businesses continued to benefit from a universally-priced, affordable postal service, six days a week. This reflected Ofcom’s duty to secure the provision of a universal service.

The framework included greater commercial freedom for Royal Mail to operate in what is a challenging market, removing regulations that threatened to undermine the universal service, and adding safeguards to protect postal users.

Ofcom’s review will incorporate its existing work, announced in December, to assess Royal Mail’s efficiency; consider its performance in the parcels market; and assess the company’s potential ability to set wholesale prices in a way that might harm competition. In addition, the review will address the implications of Whistl’s withdrawal, which represents a significant change in the direct delivery market.

Royal Mail’s competitor Whistl announced on 10 June that it was withdrawing from the market for direct delivery – where an operator collects, sorts and delivers bulk mail entirely using its own network.

This leaves Royal Mail without any national competition for direct delivery of letters. (Competition remains strong in other postal markets such as parcels and ‘access mail’ – where operators collect and sort mail before handing over to Royal Mail to complete delivery.)

Royal Mail itself is in a stronger position financially than when Ofcom last reviewed the postal framework. Royal Mail also now operates as a public company, following partial sale by the Government. The Government has also outlined its intention to release its remaining 15% stake in Royal Mail.

What Ofcom will consider

Given these developments, Ofcom’s review will examine:

Ofcom will outline its initial thoughts and begin seeking formal submissions from industry, consumer groups and other stakeholders in July.

The review is expected to be completed, and a revised regulatory framework put in place, during 2016.

How postal markets work in the UK