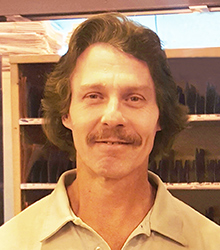 Kettering, OH, Letter Carrier Timothy Brown was delivering mail in the winter when he spotted a woman lying on a snow-covered patio.

Brown hopped a fence to reach the woman, who told him she fell an hour earlier while taking her dog outside. Brown offered the woman his jacket, called 911 and waited with her until paramedics arrived. He also put her dog back in the house.

The woman, who is 82, called the station a few days later to thank Brown. She suffered broken ribs and a punctured lung, and doctors told her she probably wouldn’t have survived another hour if Brown hadn’t helped her.

“Tim is an excellent carrier and takes his job seriously,” Huff said. “He doesn’t talk much and always is willing to do his job.”

Brown said he shies away from recognition and doesn’t seek attention, but he appreciates the woman’s gratitude.

“It’s nice to be thanked for doing your job and helping the community we’re in every day,” he said.