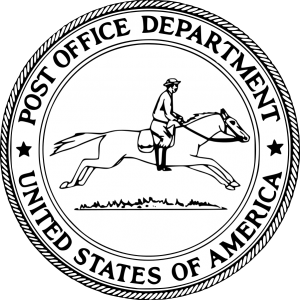 The Presidents of the four postal labor unions have asked President Obama to declare July 26 Postal Heritage Day. The day marks the anniversary of the founding of the forerunner of the USPS in 1775:

On behalf of the nearly 500,000 postal employees who live and work in communities all across America, we write to request a Presidential Proclamation establishing July 26 as Postal Heritage Day.” This proclamation would recognize Americas Postal Service as one of our great national treasures.

The US. Postal Service traces its start to an act of the Second Continental Congress on July 26, 1775, which established the United States Post Office Department and named Benjamin Franklin as the first Postmaster General. The Postal Reorganization Act of 1970 states that The United States Postal Service shall be operated as a basic and fundamental service provided to the people by the Government of the United States, authorized by the Constitution, created by Act of Congress, and supported by the people.”

The USPS is the governmental agency which most interacts with the American people. Postal employees have repeatedly been recognized as the government employees most trusted by the citizens of our great country. Their contributions to every community go well beyond providing the highest quality service and in some cases seven days a week. Postal employees keep a watchful eye on those that they serve and regularly assist those in duress. Post Offices play a central role in each community. Many historic Post Office buildings embody both architectural and artistic features, such as New Dealera art, which are part of Americas cultural legacy.

We respectfully request that you, as our President of the United States of America, designate July 26 Postal Heritage Day” to recognize the Postal Service as a vital institution which belongs to the American people, and should be protected as a public service, a public asset, and a national treasure. We have attached a draft proclamation for your consideration.

Presidential Proclamation — Postal Heritage Day, July 26
BY THE PRESIDENT OF THE UNITED STATES OF AMERICA

The Postal Reorganization Act as Amended states, The United States Postal Service shall be operated as a basic and fundamental service provided to the people by the Government of the United States, authorized by the Constitution, created by Act of Congress, and supported by the people. The Postal Service shall have as its basic function the obligation to provide postal services to bind the Nation together through the personal, educational, literary, and business correspondence of the people. It shall provide prompt, reliable, and efficient services to patrons in all areas and shall render postal services to all communities.”

The public Postal Service insures that every person of the United States to engage in the democratic right to communicate regardless of geographic location, economic status, race, nationality, Creed, religion, sex, gender identity, or age. The Postal Service provides universal service at reasonable rates and has been integral to much of Americas economic, social and cultural development.

On July 26, 1775, the United States Post Office Department was established by act of the Second Continental Congress, which also appointed the first Postmaster General, Benjamin Franklin.

Throughout its long history the Postal Service has been an important part of the infrastructure of the nation, linking individuals in personal ways, as well as providing a service vital for commerce.

Today the Postal Service services 153 million addresses a day, delivering letters, packages, medicines, magazines, catalogs, greeting cards and bill payments. During the ecommerce revolution, the postal service is as vital as ever.

Postal jobs, granted on the basis of open and competitive exams, have provided good living wage jobs with equal pay for equal work for minorities and women. The Postal Service is one of the largest employers of veterans.

Post Office buildings are prominent landmarks in many cities and towns, often serving as hubs of our communities.

NOW, THEREFORE, I, BARACK OBAMA, President of the United States of America, do hereby proclaim July 26, 2015 as Postal Heritage Day. I call upon the people of the United States to mark this observance, join a postal heritage day celebration in their towns and cities and salute the postal workers who are proud to serve the American people, day in and day out, through rain shine, sleet or snow.