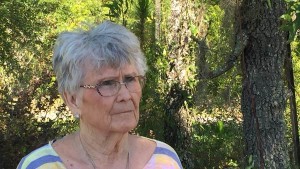 An 8 On Your Side investigation discovered the crime was ignored despite video proof and a license tag of the car the crooks were in.

Staff at the West Coast Eye Institute in Citrus County suspected something was happening to the weekend mail one year ago. So Doctor John Rowda installed surveillance cameras. The cameras captured crooks stealing mail – over and over again. High definition cameras even got the license plate number on one thief’s vehicle.

“We all thought that stealing federal mail is a big-time crime, and these people have made a big mistake,” Dr. Rowda said.

But when the doctor contacted the postmaster for Citrus County, he was shocked by what he heard. “We found a lady who was in charge of four counties. She said it’s absolutely her crime and it is their problem. However, apparently years ago, any budgets for investigation or officers to enforce this had gone away and she had no ability to do this. And it’s happening every day in the four counties that she covers,” Rowda relayed.